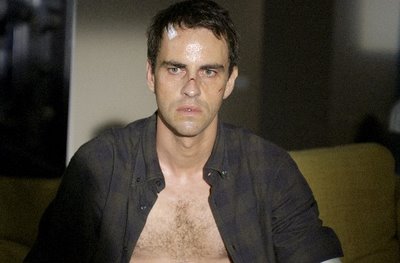 Lemming, like so many other films, was touted as one of the front-runners for the Palme d'Or the year it came out, but slowly lost steam and ended up empty-handed at the prestigious awards ceremony. Some claimed it was because Michael Haneke's Caché played the same year, and the two films similarities cancelled one another out for the top prize. However, all Lemming has in common with Caché is the pretense. Alain (Laurent Lucas) works as a successful home designer working on a system to install floating cameras in houses to detect problems when families are away. He has a beautiful young wife, Bénédicte (Charlotte Gainsbourg), and a good relationship with his boss, Richard (André Dussollier). With such a set-up, we sit in our seats waiting for the unraveling of this so-called "famille modele." The catalyst for our destruction comes in the form of Richard's cold wife Alice (Charlotte Rampling) during a dinner party, or is it in the form of a Scandinavian rodent that Alain finds in their drain pipe? Like Caché, giving away much more sort of ruins the fun and intrigue out of Lemming, even if they are of a considerable less degree than Haneke's. 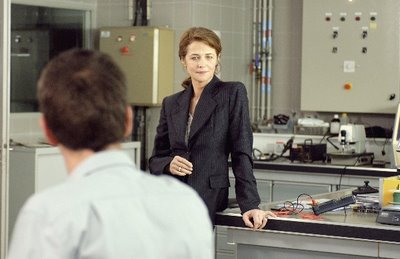 Lemming, at first, is a rather hard film to decipher. It presents itself as a thriller and an analysis of the sexual politics of the upper middle class (only minus the sex). However, director Moll packs the film with potential symbolism: the lemming, the cameras, the kitchen, the boy across the street; for some reason, none of this symbolism pans out. Like his previous film With a Friend Like Harry (Harry, un ami qui vous veut du bien), Moll packs the film with underlying suspense in typical film school fashion. And like Harry, we're congratulated for our patience with a whimper. The film may be titled Lemming, but it's revealed in the end that the lemming is simply a red herring. Moll uses foreshadowing as if someone told him some hush-hush film secret right before writing the screenplay. Every little nuance in reference comes back at some point during the film, which is obnoxious in its own right, but far more annoying that most of these recurrences only reappear to the smallest degree of their potential or just exist to throw us offtrack. 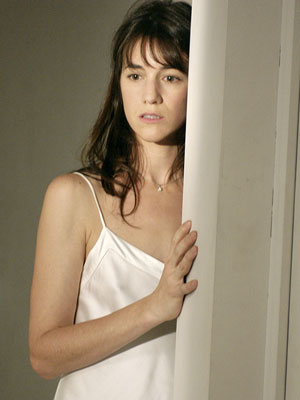 Unlike Moll, Michael Haneke uses even the smallest details to reflect the bigger picture. Moll uses these small details to merely distract the viewer from the sort of secret of Lemming. My father and I saw A Perfect Murder, a wretched remake of Hitchcock's Dial M for Murder, in the theatre several years ago, and he (not an expert on film at all) could spot its text-book foreshadowing. During one scene, the director chooses to place the meat thermometer in the foreground of an establishing shot, and my dad whispered to me, "bet you can't guess what the murder weapon is going to be." Moll uses this rudimentary film technique as if he were fresh out of undergraduate film school. This may be annoying on its own, but where he really falters is in his relieving of tension. Order eventually becomes restored in typical Hitchcock fashion, but the climax is the faintest of a thud. There's something explosive and dangerous about Hitchcock even Haneke and Catherine Breillat, two directors who can satisfyingly resolve the palpable tension they create. With Moll, he uses this tension as a mask for his subtle ghost-story, one that fails to both thrill and intrigue and only succeeds as disspelling the incorrect comparisons to better films.
Posted by reassurance at 2:40 PM

Now that I think about it (meaning now that I know what you think), the genuine suspense is a let down knowing that Moll was tricking us.