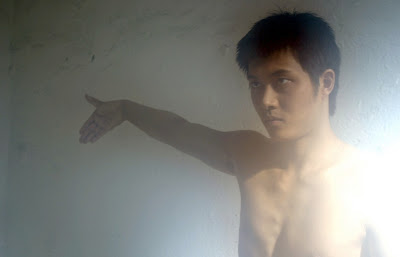 When rewatching Kim Ki-duk’s 3-Iron, I had the fear that the very stylized contrivances that made me initially like it would have worn thin. As admirable as it may have seemed to situate your films around characters that barely utter a word to one another (if at all), this action proved a little too precious when I revisited The Isle, despite its occasional grotesqueness. Kim Ki-duk has proven by now that his chattier films, like Bad Guy and Samaritan Girl, fall short of his minimal works (like the splendid Spring, Summer, Fall, Winter… and Spring), so I was pleased when 3-Iron managed to retain its poetic charms the second time around. 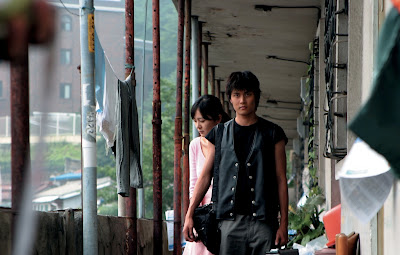 Tae-suk (Lee Hyun-kyoon) spends his days nimbly breaking into the homes of vacationing families, observing the details of their living spaces and quietly exiting before its inhabitants return. Eventually, he makes the mistake of entering a home that’s not empty, where the sullen Sun-hwa (Lee Seung-yeon) resides while her asshole husband (Kwon Hyuk-ho) is away on business. Sun-hwa bests Tae-suk at his own game of phantom lurking, and naturally they fall in wordless love. Altogether tighter and more elegantly composed than The Isle, 3-Iron works because it’s more of a fable than an obtuse allegory. And like all the best fables I can think of, 3-Iron is perfectly, equally lovely and sad.