The Weinstein Company Is Scared of the Gays 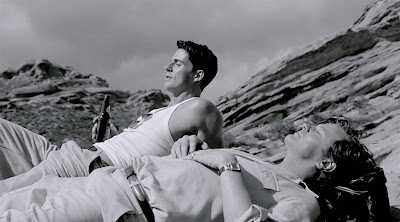 Much has already been discussed about how The Weinstein Company appears to be hiding the fact that Tom Ford's A Single Man, which the studio picked up for seven-figures at Toronto, is about a single gay man. From its poster, which features Colin Firth laying next to Julianne Moore, to its trailer, the studio has de-gayed the movie as much as it possibly can (with the Weinsteins history of chopping movies up over at Miramax, would you really be surprised if you heard that they did the same to the queer content of A Single Man)? 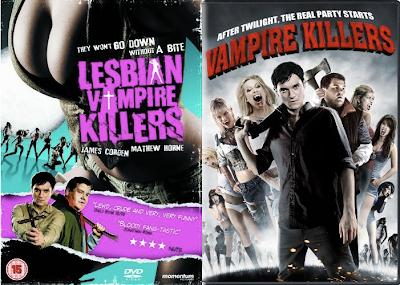 But in addition to A Single Man, they're employing the same tactic with their direct-to-DVD release of the British horror comedy Lesbian Vampire Killers. Dropping the "Lesbian" from the title, they're now making Lionsgate's attempts to cash in on the Twilight success with their Near Dark DVD look modest in addition to de-gay their catalog (above you'll see the British DVD cover vs. the Weinstein's US one). So whether it be Oscar "prestige" pics like A Single Man or teenage boy-geared flicks like Lesbian Vampire Killers, The Weinsteins don't discriminate with their discrimination.
Posted by reassurance at 9:58 PM