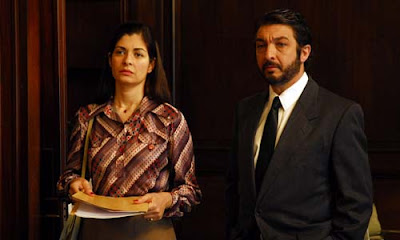 As per usual, the day after I make a post about several US distribution deals several more are announced. Sony Pictures Classics paid top-dollar for Juan José Campanella's The Secret in Their Eyes [El secreto de sus ojos], a box office smash in its native Argentina and the country's official submission for the 2010 Academy Awards. Sony previously released the director's Son of the Bride [El hijo de la novia], which did nab an Oscar nomination in the foreign category. In addition to those films, Campanella has directed episodes for numerous US television shows, from 30 Rock to Law and Order to Strangers with Candy. 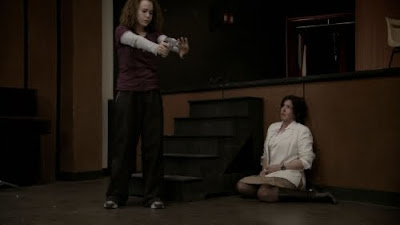 Strand has picked up Sarah Watt's comedy My Year Without Sex, which recently screened at the Toronto International Film Festival. NeoClassics has taken the rights to Geoffrey Enthoven's The Over the Hill Band [Meisjes]. And finally Cinema Epoch will be releasing Jean-Paul Lilienfeld's Skirt Day [La journée de la jupe], which stars Isabelle Adjani and Denis Podalydès, in spring 2010. I'm sure a bunch of other films will be picked up tomorrow...
Posted by reassurance at 11:26 PM

What a great post and blog! I’ve enjoyed my time here!!!!