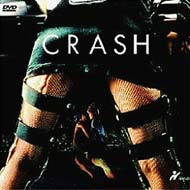 Instead of wasting your time seeing some lame-ass Oscar nominated film that makes stupid people think they're smart, go rent a film by the same name that'll make you forget you ever attributed the word crash to something involving Ryan Phillippe. Cronenberg made the bold decision to adapt J.G. Ballard's cult novel about a cult of people fascinated by sex and car crashes. The film succeeds at being overwhelmingly enticing without ever being remotely erotic. On their own, Cronenberg's images ooze of sexuality, particularly the shot of Rosanna Arquette leaning into a car with her leg braces on, Holly Hunter straddling James Spader in a car, and Elias Koteas revealing his chest wounds. But in the context of the film, they stand cold as ice. This probably has to do with Cronenberg's lack of gore. Even in some of his equally-bleak films like Videodrome and Dead Ringers, the excessive nature of blood and organs actually brings some life to the coldness. While we get vagina-shaped leg wounds and passengers hurling through car windows, our tale of fetishism is very clinical. All of this doesn't sound like much of a recommendation, does it? Yet Crash falls into a wonderful category of films that received an infamous booing at the Cannes film festival (other past Cannes disasters include Antonioni's L'Avventura, David Lynch's Twin Peaks: Fire Walk with Me, and even to a lesser extent Fellini's La Dolce vita). That's not bad company to be in, which makes me wonder whether Crash might even blossom with time. I'm not saying you're dumb if you don't like this movie (plenty of people I respect highly can't get into it), but it'll probably wash away your bad memories of a certain, mind-numbingly bad Paul Haggis film of the same name. Maybe if Sandra Bullock's Latina maid had violated her as she lay paralysed at the bottom of the steps, that other, lesser Crash might have been worth something. Maybe not. 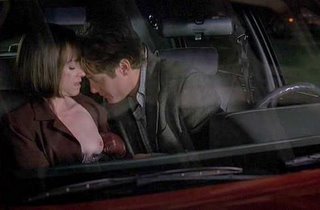 It is a good movie, I actually watched a few weeks ago, very good.
xlpharmacy.com