Jesus Died for Somebody's Sins, But Not Mine... 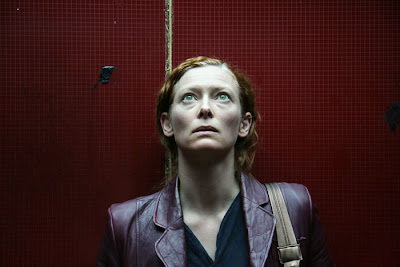 Call it Tilda Swinton day at my blog, for, similar to my thoughts on Burn After Reading, my wild thoughts on Julia have been ruminating all morning. Premiering at the Berlin International Film Festival earlier this year, the film was met with waves of disapproval (which can be found here and here) as well as occasional praise (here and here), most of which for Swinton’s performance, which is absolutely radiant but more on that in a bit. Julia is kinda sorta a remake of Cassavetes’ Gloria, with Gena Rowlands in the title role, and it’s Erick Zonca’s first film in nine years after Le petit voleur in 1999 and the popular The Dreamlife of Angels (La vie rêvée des anges) in 1998. In essence, without giving away much, it’s a film about a raging alcoholic who finds herself in the middle of a kidnapping scheme. 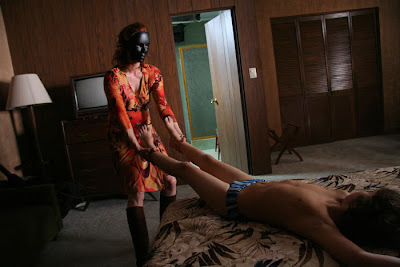 The film’s detractors aren’t completely off-the-mark. Julia is scattershot, with most critics assessing that the film felt like three separate ones rolled together. At 144 minutes, Zonca reaches at least three different forks-in-the-road, leading Swinton head-first. I’d prefer not to go into much detail, seeing as the film is still unavailable in the US, because even the most drastic of turns the film takes are so stunningly intense that you never quite get the chance to reflect on whether Zonca is taking you in the right direction or not. It's even at times an uneasy mix of raw character analysis and plot contrivances, but I was never less than enthralled the whole time. 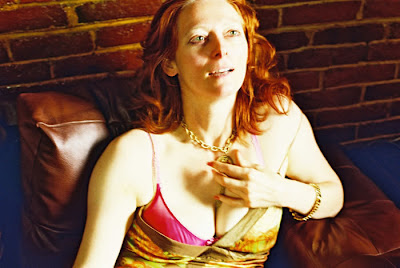 Salon’s Stephanie Zacharek was one of the few who didn’t buy into Swinton, even commenting that her peers that hated the film at least admired her: “Cast as a woman who's blowsy, selfish and usually sozzled, Swinton plays down to her character, which isn't nearly the same as playing it.” It’s easy to get caught up in Swinton’s performance. She’s typically mesmerizing; her Julia is a bigger, louder version of her Karen Crowder in Michael Clayton which gave Swinton her Oscar and propelled her into the American consciousness. But for those unfamiliar with her body of work, having a little pit stain, allowing her tit to fall out of her bra and playing an almost entirely unlikable character is nothing new for the actress. Certainly, she ranks among the most fearless actors working today in terms of how she allows herself to be depicted and in her varying role choices, but that’s not the reason people who’ve loved her for so long continue to do so. 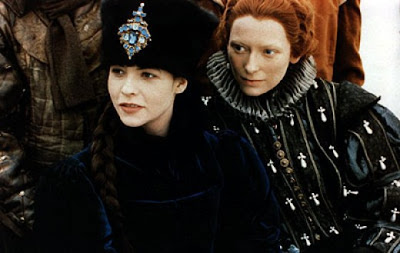 Believability is not paramount in recognizing Swinton’s immense talent. Take Sally Potter’s Orlando as the easiest indicator of such. Playing a French boy who turns into a woman midway through the film, there’s never a moment where you buy Swinton as a male, and that’s perfectly fine. It’s what she brings out in her performance that’s so uncanny. She exudes a rare classiness in each of her delicate performances, no matter how rough around the edges she may look, something that seems both long-forgotten and new. Even at Julia’s most belligerent, Swinton never drops her put-on American accent, and yet it’s still an accent that doesn’t sound terribly authentic. And again, it doesn’t really matter. It’s Swinton’s glances and delivery and the way she moves herself through the film that is so stellar. Whereas an actress like Naomi Watts, who seems to seek out roles that allow her to showcase her impressive crying/snotting abilities, Swinton is consistently surprising, never allowing the grittiness and possible familiarity to run stale. 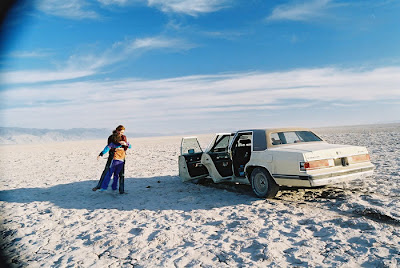 Released a little over a month ago on DVD in France from Studio Canal, I can’t say when Julia will officially make it stateside. Filmbrain ran down a list of excuses distributors made when asked about the film, most of which bitching about the length and how unlikable a central character Julia is. I like to believe that, if given a little faith from investors, Julia would have solidified Tilda Swinton’s placement in American cinema, proving much more than in The Deep End her capacity as a leading actress. To add to the hurt, even Zonca’s brief popularity following The Dreamlife of Angels, which won both Élodie Bouchez and Natacha Régnier the Best Actress prize at Cannes that year, hasn’t been met with embracing arms from the US market. The Dreamlife of Angels is still only available on DVD in the US in an edited version, and Le petit voleur hasn’t even received a DVD release after its theatrical run. Perhaps a better appreciation of Julia will come with time, which seems to be the only thing it has on its side right now.

Stephanie's review of the film, particularly the quote you use, has always stuck in my craw, for I feel it is just wrong. I'd love to hear some concrete examples of how Swinton is "playing down to her character."

The film has been picked up for US distribution by Magnolia, if I'm not mistaken.

Thanks a lot. I disagree completely with Stephanie's review and can't seem to fathom the statement she made about going back in time and getting her 2+ hours back. I almost never feel like that about even the worst movie I see, and I find it especially upsetting for something at fascinating as Julia.