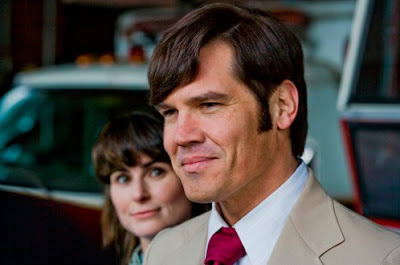 Gus Van Sant's Milk took home the top prize at the New York Film Critics Circle. Many of the other winners are repeats of the other awards that have already been given out, with a surprise of 4 Months, 3 Weeks and 2 Days winning their Best Foreign Language Film, further pushing it into the grayest of areas in terms of what year it technically qualifies for. The other NYFCC winners include Mike Leigh, Sean Penn, Sally Hawkins, Josh Brolin, Penélope Cruz, Jenny Lumet, Man on Wire and WALL·E. Full list here.
Posted by reassurance at 4:08 PM

peej news, I didn't know where else to put it:
http://www.pitchforkmedia.com/article/news/148077-pj-harvey-announces-new-album-with-john-parish

Jason, here is as good as any place! I had mentioned that the re-teaming was happening in a music post recently, but I'd only heard rumors that it was going to be released by the end of the year (which obviously isn't going to happen), but thanks for giving me better evidence that this really is in the works (and a release date).