I'm holding back a lot of behind-the-scenes complaints I have for the St. Louis Film Critics Circle, but I feel pretty strongly embarrassed by not just the special categories but their winners too. Having an award for "Best Comedy" is silly enough, but awarding it to Burn After Reading is just shameful. "Most Original, Innovative or Creative Film?" Please. But Slumdog Millionaire as the best foreign language film?!?? I'm really going to keep my mouth shut until I've officially said goodbye to this city. You can see the full winners here. In other awards news, San Francisco went (predictably) with Milk; San Diego favored Slumdog Millionaire. 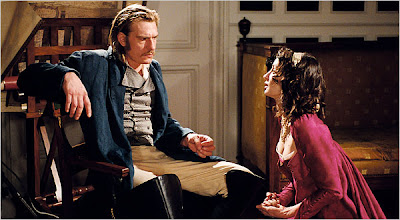 Slant Magazine also published four lists of the best films of 2008, from Ed Gonzalez (Rachel Getting Married), Nick Schager (Synecdoche, New York), Bill Weber (Still Life) and Andrew Schenker (The Duchess of Langeais). In the City of Sylvia made three of their lists, and I'm oh-so-pleased to see I won't be the only one with Olivier Assayas' Boarding Gate on mine.
Posted by reassurance at 4:06 PM