What words could I possibly add to the ones already given to the most notorious film of 2009? Greeted with what those of us not in attendance can only imagine as a fury of loud, mixed reactions at Cannes in May, I begin to wonder if anyone seeing it after that premiere screening could really get the full effect of Lars von Trier’s Antichrist. While some people might be better off knowing about the more salacious aspects of the film before seeing it, I don’t count myself among them. Fueled by an unfortunate curiosity, I couldn’t help but read the various reports from Cannes, all of which expressed in detail the “finer” aspects of Antichrist, so when I finally got my chance to see the film, how could I pretend I didn’t know what lied ahead? 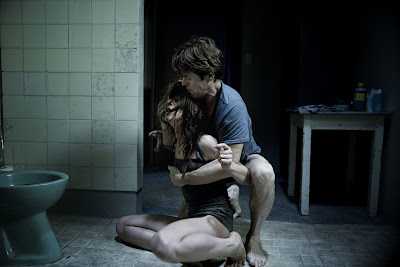 The experience of seeing a film without a single notion of what to expect is an enviable one, especially when considering a film like Antichrist. But, while the real “doozies” hardly even registered, I witnessed something strange and powerful around those elements, a film that certainly was, but never felt like, the film I had read about. With the right spin, the plot specifics of Antichrist could (and did) sound like a two-hour-long fuck-you from von Trier, from its biblical parallels to its dedication to the late Andrei Tarkovsky. But what I saw wasn’t that.

For its first hour, Antichrist unfolds like one, seemingly endless panic attack, made all the more unsettling and human by Charlotte Gainsbourg’s staggering performance. Stricken by the unimaginable guilt that she (or more specifically, her own sexuality) was responsible for the death of her child, Gainsbourg, the “She” to Willem Dafoe’s “He,” suffers a devastating paralysis, leading her husband to aid her in confronting the underlying fears triggering this guilt.

Perhaps the boldest aspect of Antichrist is the way von Trier takes his loudest criticism (misogyny) and magnifies it. Even his detractors should admit one of the director’s finest gifts is his ability to elicit brilliant performances from his actors, even if his methods have raised some eyebrows after his onset spats with Björk, Nicole Kidman and John C. Reilly have been made public. Gainsbourg’s performance, which won the Best Actress prize at Cannes, is what levels the magnification, allowing some of the dubious proceedings to haunt even if they happen to revile at the same time.

I’m not sure how Antichrist brought von Trier out of a serious bout of depression or if pushing the misogynistic claims to their limit succeeds at destabilizing them. I’m not really sure about a lot of things about Antichrist, aside from the fact that it worked for me, with all its idiosyncrasies. Antichrist opens in select theatres in the United States today and bows on IFC On Demand Wednesday, the 28th. 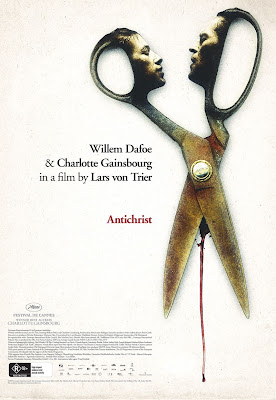 It gets my vote for the best, first 60 minutes of any film this year.

I can't argue with that.