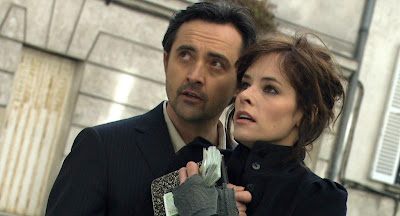 I have such a love/hate relationship with Hal Hartley. The man has made at least one film that’s rocked my world (Trust), one that I always think I like even though I’m pretty sure I don’t (Amateur), one that I may be the only person who enjoyed (No Such Thing) and several that have driven me mad (Henry Fool, Flirt, The Book of Life). He has a certain advantage of using some of my favorite women in his films, from Parker Posey in Fool and Fay Grim, Isabelle Huppert as an ex-nun who writes pornographic novels in Amateur, Adrienne Shelly in a most of his early works to PJ Harvey as Mary Magdalene in The Book of Life. I’m still a bit floored at how much I liked Fay Grim, a weirdo sequel to Henry Fool which follows Posey’s character ten years later. 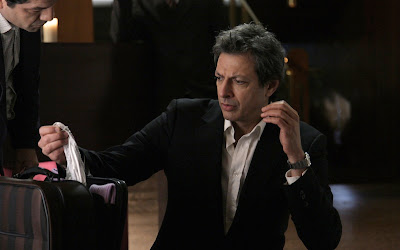 Instead of following in its predecessor’s footsteps, a deadpan satire, Hartley turns Fay Grim into an espionage thriller, which I guess could be best described as Hartley doing his own Jason Bourne film. He shoots the film (almost) entirely in Dutch angles, an absurd idea that works only as a result of the overall ludicrousness of the film itself. For those familiar with Hartley, easing into Fay Grim’s breed of humor is a fairly simple transition. For others, I’d imagine plenty of difficulty in letting one’s self laugh at the folly of it all. I was never able to follow the laugh cues of Henry Fool, but in Fay Grim, I got it, at least as much as someone with a general aversion to Hartley can. 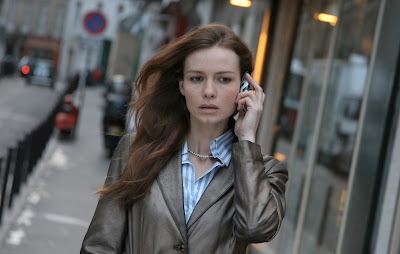 To sum up the plot, Fay and her now fourteen-year-old son Ned (Liam Aiken) live off the royalty checks from her brother Simon Grim’s (James Urbaniak) poetry, as he sits in jail for aiding and abiding Henry’s illegal fleeing of the country. The mess of international intrigue and espionage comes when the head of the C.I.A., played by Jeff Goldblum, starts interrogating Fay about Henry’s confessionals, once thought (in Henry Fool) to be dense gibberish, now believed to contain secrets of US involvement in South American coups and other highly confidential information. Goldblum sends Fay to Paris to retrieve selected notebooks of Henry’s confessionals as it’s believed Henry has died and, as his wife, Fay is the only person who can legally obtain these documents. The C.I.A. isn’t the only one who wants these documents, Fay soon learns, as she encounters, among others, a British spy played by Saffron Burrows and Henry’s partner and accomplice Bebe (Elina Löwensohn, a regular of Hartley’s). Danger ensues. 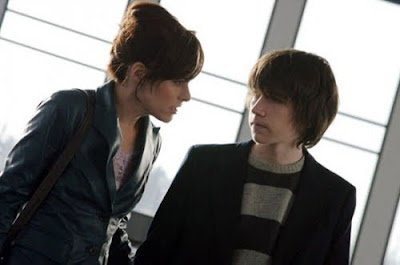 In a tactic used best in some of his earlier films, Hartley places Parker Posey in direct opposition to the film she’s playing in. Posey appears oblivious as to what’s going on throughout the entire film, a sentiment likely mirrored by the audience of the film. Instead, she appears ripped out of the frames of a delusional melodrama directed by John Waters. Her delivery is perfectly deadpan, and she’s brilliantly misplaced within the Dutch-angled frame of Fay Grim. Hartley has said himself that the premise of Fay Grim was an ongoing joke between him and the cast of Henry Fool as the idea itself is so absurd you almost expect Posey to wake up from a dream at any minute during the film. For its first hour, Fay Grim is a wickedly amusing farce dressed up, just as impeccably as Posey is in her couture attire, as an espionage thriller. Many reviewers have noted, accurately, that, unfortunately, as Fay’s journey takes her to the streets of Istanbul, Hartley forgets the joke. Once it becomes clear that Henry isn’t dead, the film loses nearly all of its magic, not the least of which as a result of Posey not being onscreen once Henry’s whereabouts become evident. Hartley has a gift for his brand of comedy and has found no greater muse than Posey since he stopped working with Adrienne Shelley in the mid-90s. Even when Hartley missteps, as he does painfully in the last half hour of Fay Grim, we can always count on the gameness of Posey, a radiant and woefully underappreciated comedic actress at the top of her game. 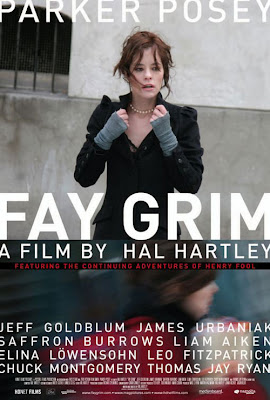 I really like your w Thank you for the article, very useful piece of writing. Ratinghcg