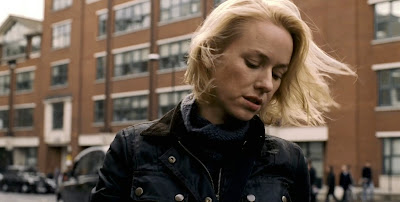 In a way, Naomi Watts has become cinema’s fatalistic Nancy Drew. In both Mulholland Drive and The Ring, Watts allows her curiosity to lead her down dangerous paths to the point of no return. In David Cronenberg’s Eastern Promises, she does the same, allowing both her curiosity and moral code draw her into an unfamiliar and perilous world. As midwife Anna, Watts takes it upon herself to find the whereabouts of a deceased Russian girl’s family in order to keep the girl’s newborn child out of foster care. This, inevitably, has disturbing results, as she becomes associated with London’s Russian mafia, lead by restaurant owner Semyon (Armin Mueller-Stahl), and must choose between her and her family’s safety or the usually difficult choice of “doing the right thing.”

In many people’s eyes, Cronenberg "returned to form" with A History of Violence, a film with lofty ambitions that I still haven’t decided whether he met or not. Eastern Promises is simpler than A History of Violence in most respects. The film never presumes to dissect the nature and consequences of the violence it depicts, however Cronenberg and screenwriter Steven Knight layer Eastern Promises with so many other levels of intrigue that it poses as almost a more intellectually difficult film than its predecessor. Gone from A History of Violence (and a number of his first films) is the teetering pulpiness of its comic book roots. Replaced is something quieter, less showy, and more mannered. With Viggo Mortensen, Vincent Cassel, and Sinéad Cusack rounding out the rest of the cast, Cronenberg keeps his actors to a level of discreetness without sacrificing competence. In fact, even with the occasional spurts of graphic violence, Cronenberg keeps the whole film from venturing over the top, which pays off in the electrifying naked bathhouse brawl. 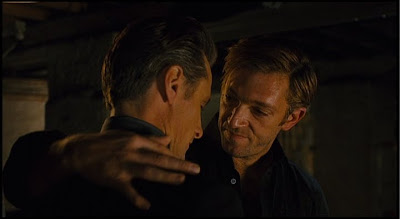 A friend of mine commented that if Eastern Promises were released in the 1950s, it would have been simply a pleasant time at the picture show. It has all the qualities of a sophisticated B-movie. One must remember that, unfortunately, we live in an era where most films (A, B, C, or whatever letter you choose to assign them) coast at middle-of-the-road, so in this world, we fall over ourselves when a B-movie succeeds beyond expectation. In regards to Cronenberg’s career over the past decade, Eastern Promises could be regarded as his biggest success as a direct result of its restraint. With Eastern Promises, Cronenberg defines himself as a filmmaker who defies expectation, a man of considerable integrity and the uncanny ability to surprise his audience with each new film. 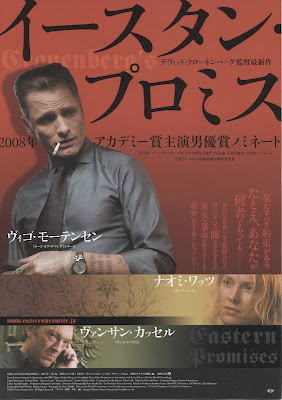