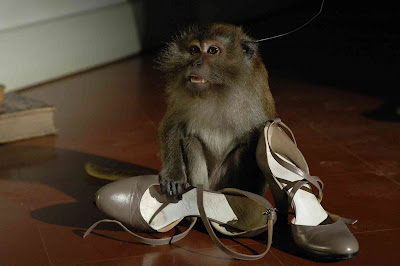 Nearly 30 years late, Dario Argento, once the maestro of gialli and gothic horror during the 1970s, completed his Three Mothers trilogy, which began with his beloved Suspiria in '77 and Inferno in '80. But is this really what we’ve been waiting for? Bearing little resemblance to either of the previous Mother films and utilizing as little skill as possible in every respect, it’s hard not to wonder what happened to Argento. Where did the beautiful cinematography, lush visuals and vanguard cinema tricks go? In Mother of Tears, they're ousted by something that strangely resembles a made-for-TV movie or, at its worst, a Full Moon direct-to-video release. Did Argento lose it or is he just letting someone else do the "tricks" for him? I could waste my time pondering or even bemoan what happened to such a fine director, but instead, I'll just celebrate the emergence of a new Dario Argento, a man more concerned with hilarious inanity and a vivacious lack of class (not that he ever really exuded much) than effective horror.

Certainly the thought crossed my mind that this might be one of the worst films I’ve ever seen at the helm of a once-respected auteur, but howling bursts of laughter quickly silenced that thought, and I'm not embellishing. Whether this exuberant hilarity is intentional or not doesn't matter, and whether it successfully closes the long open-ended Three Mothers trilogy becomes a remote argument. 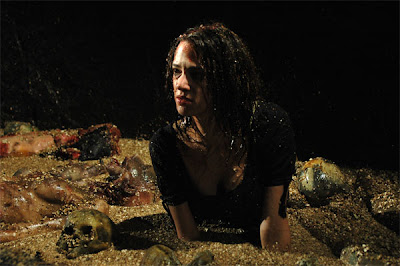 Now, with every great cinematic disaster, there’s always the unfortunate casualty, and in Mother of Tears, it’s the director’s poor daughter Asia, whose emanatory humiliation is matched only by her disorientation. Being terribly miscast in daddy’s The Stendhal Syndrome sort of made sense, but by now, after working with some of contemporary cinema’s finest directors (Catherine Breillat, Gus Van Sant, Abel Ferrara, Bertrand Bonello, Tony Gatlif), the younger Argento has graduated from nepotistic roles in her father’s declining oeuvre. If her gratuitous shower scene wasn’t weird enough, her dead mother is played by her actual mother, Daria Nicolodi. Nicolodi did write Suspiria in addition to providing the voice of Mater Suspiriarum, but she too seems to not really give a fuck how the trilogy concluded. Her spirit’s “second death” while protecting her daughter is one of the film’s big laughs. Even old friend Udo Kier, who could never be accused of “slumming,” shows up for a moment as a priest before reaching a gruesome demise; Kier also had a small role in the trilogy’s first installment. 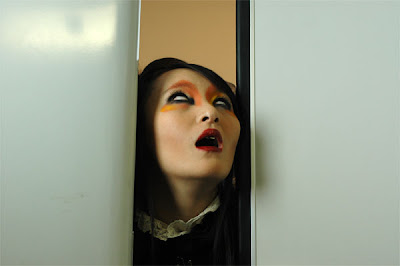 The optimistic Dario Argento fan might come to the false conclusion that in Mother of Tears he addresses his harshest criticisms, like Lars von Trier does in Antichrist, by pushing them to their limit. Of course, I’m talking about his oft-suspected misogyny, something easily deducted from the trail of (naked) dead (attractive) women he’s left behind. In one particular scene, the robed killer massacres a lesbian couple, whose relation to the story I’ve already forgotten. More memorable than their involvement with the course of action is the giant phallic spear that’s shoved in one of their vaginas only to, naturally, come poking out her mouth. To attempt to gauge whether the dyke murders are any worse than anyone else’s in Mother of Tears would be trying to push one of your own buttons. Dario’s ability to offend his audience is on par with his capacity to derive genuine terror out of his film (which is to say, nil).

While it took him nearly three decades to unleash this Mother, the film he bestowed upon us is not the director’s way of addressing, confronting or examining… anything. Mother of Tears will likely have most fans of Suspiria and Inferno puzzled at what it is they’ve waited so long for. In leaving technical dexterity and innovative vision behind, Mother of Tears isn’t left with a lamentable void; it’s the birth of a new Dario Argento, the incongruous humorist who knows how to make bad so terribly good. 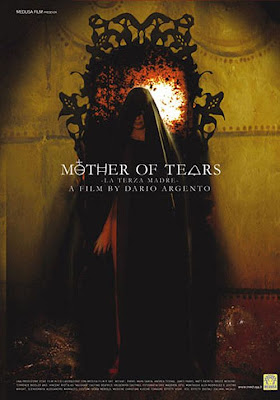 One moment, I'll post mine soon. just wanted to say I love your new site!hcg