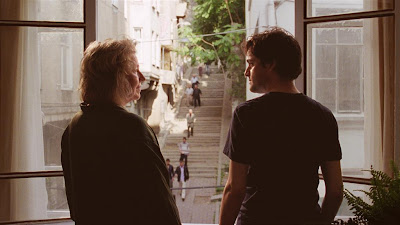 The trouble with writing about films you love dearly is the fear of redundancy. How many superlatives can I really throw out there? And what's worse, I often find myself resorting to using absolutes (or suggested absolutes) to the point that they begin to mean nothing (the best example of that was a billboard I saw for Milk where some critic called it "the best live-action, English-language mainstream film of 2008," or something to that extent). Yet I like to think I'm being as sincere as I can be when resorting to them. So when I say that The Edge of Heaven is unlike any film I can think of in its graceful adoption of the language, skill and intricacy of a cherished novel, I'm trying not to exaggerate. 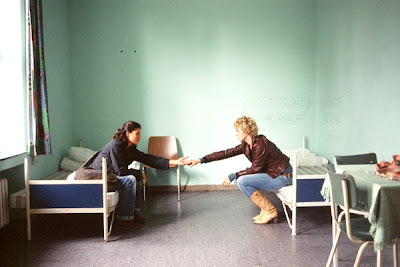 Fatih Akin knows what it takes to make his characters blossom with as little information as possible. All six characters, three sets of parents and their children, radiate onscreen, as fully developed as if he had used written chapters to flesh them out. More than just penetrating the rocky relationship between Turks and Germans, The Edge of Heaven explores the nature of identity through heritage and family. And more than just intersecting the six's lives for the sake of cheap revelation, Akin places a complex blanket of universality to the characters' struggles, having the separate familial bonds stand as facets of the same truth. Akin is too brilliant of a writer for the incidents to become easily compartmentalized and allows The Edge of Heaven to pulsate with utter refinement. 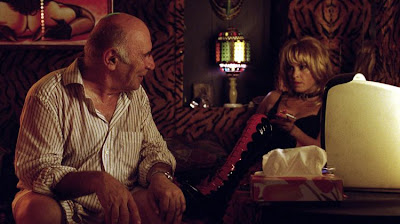 What Akin understands—which most filmmakers who choose to tackle overlapping stories in one film don't—is the balance of human relationships and the capacity to tell his audience exactly what they need to know without oversimplification or slighting. He makes his audience aware of the fates of the two dead girls before you even meet them, and it's to his credit that both of their deaths are as heartbreaking and disquieting as if he hadn't clued you in. It's a feat to draw an audience's involvement into one character, but he does it with six, all of whom are as elaborately sketched as they are beautifully acted. The Edge of Heaven is the sort of film where characters come to intellectual conclusions about themselves and the people around them, void of the forced whims of an ominous film conductor. 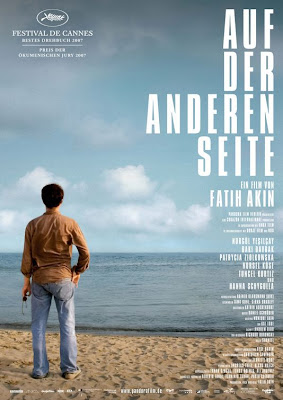