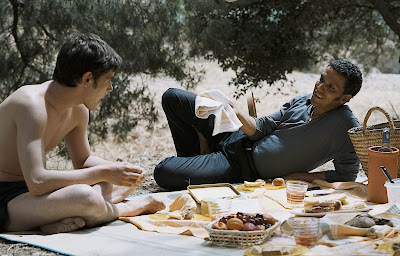 Aided with a bit of melodramatic and nostalgic artifice, The Witnesses [Les témoins] actually chronicles the early days of the AIDS epidemic like an epic war film, with serious urgency and vigor, elements sorely lacking in André Téchiné’s literal war drama, Strayed [Les égarés]. Beginning in the summer of 1984, a gay doctor Adrien (Michel Blanc) falls for naïve twentysomething Manu (Johan Libéreau), new to both Paris and his own sexuality. Adrien becomes something of a sugar daddy to Manu, though without the sexual implications of such a title, as the young man doesn’t share the physical attraction his older counterpart does for him. After Adrien introduces the Manu to his friends, Manu launches into a sexual relationship with married, nominally heterosexual Medhi (Sami Bouajila), husband of emotionally tormented writer Sarah (Emmanuelle Béart). The secret affair moves rapidly, only to be irrevocably altered when Manu starts to show signs of a new illness we’d later come to know as AIDS. 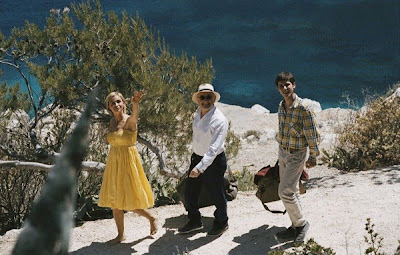 Similar to several of the director's work, from J'embrasse pas to Strayed, the catalyst for the occurrences in The Witnesses is a pretty young boy, played heartbreakingly by Libéreau. It’s around his Manu that The Witnesses takes shape. Manu serves also as the martyr for the sins of both the film’s characters as well as the not-so-distant past. And yet The Witnesses is never soapy, despite its salacious love trapezoid. It’s too sunny, to swiftly paced for tedious histrionics. Instead, the film works merely through Manu to depict the sweeping emotions of the peripheral individuals with a velocity that’s both surprising and altogether impressive. 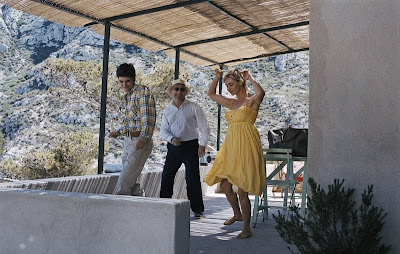 Blanc, as the aging, bitter doctor who becomes overwhelmed by the growing number of AIDS cases he sees, is typically exceptional, as is Bouajila. Unfortunately, Béart, in her third film with Téchiné after Strayed and J’embrasse pas, leaves plenty to be desired. Her Sarah is refreshingly bold in her disinterest for taking on the role of a mother, but Béart lacks conviction, both in her apathetic responses to the world around her and as a credible author. This isn’t even to mention how out-of-place her collagen-injected lips look for 1984 Paris. Béart aside, The Witnesses is an exceptionally moving film, ranking among Téchiné’s finest work. 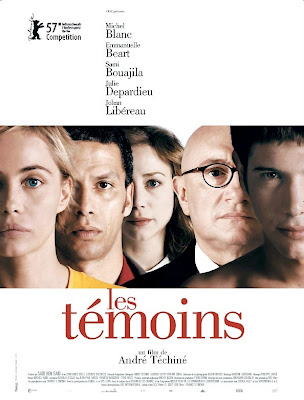