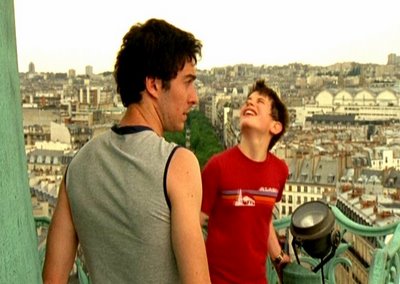 Here is part one of my unofficial Death in France festival that I'm hosting for myself in my room (I'm rewatching Sous le sable later on this weekend as part two). Close to Léo shows us a French family--father, mother, four sons--that must cope with the revelation that the eldest of the brothers, Léo (Pierre Mignard), has been diagnosed with HIV. Adapted from his own novel, writer/director Christophe Honoré politely spares us of the mundane coming-out story (Léo's family already knows he's gay and don't appear to have an issue with it) and takes us directly to the crisis within the close-knit family. The film isn't solely about Léo's coping (or, to be specific, lack thereof) or even the turmoil felt by the youngest, Marcel (Yaniss Lespert), who's been spared the news of his brother's affliction. Instead, it's about the family and how they collectively react. The father, a handsome photo shop owner, and the mother, trying to keep from unraveling, individually take Léo to his doctor visits; the other two brothers, one a goody-two-shoes, the other a slacker, act as if nothing's wrong and become upset when the issue is brought up. Léo's always at the breaking point, seemingly cold to the world outside of his family and accepting of what he considers a death sentence. 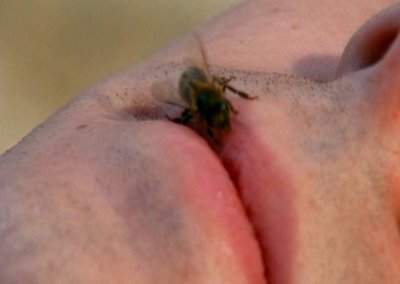 The film is considerably flawed (some of Honoré's stylistic choices are questionable, from both the images and to the especially poor choices in music), yet there's still something remarkable about Close to Léo. Honoré cleverly escapes the trenches of melodrama by combining a satisfying blend of harsh reality and tenderness. The film is gentle without being soft and upsetting without being cruel. Our understanding of the family really blossoms during bedtime scenes, where characters curl up to one another to escape the loneliness or possibly forget for those moments the gravity of Léo's situation. Cradled in each others' arms, the characters and their relationships come alive, which is why the English title Close to Léo works much better than the French one, which literally translates as All Against Léo. It's this tenderness, among other things, that probably made Honoré's horrible adaptation of Georges Bataille's Ma mère the disaster it is. While he understood the close ties of family here, tenderness has no place in dealing with Bataille. Though with Close to Léo, it's the film's gentleness that makes it work.
Posted by reassurance at 12:15 AM