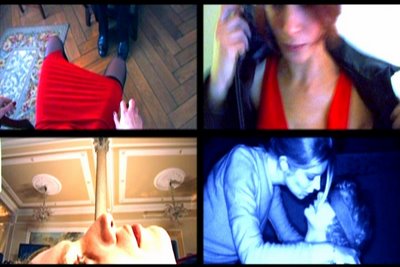 Cinema so rarely gives us that beautiful escapist feeling any more (The Transporter 2, which I may write about soon, is a fine example of the contrary), so when a film does, whether it's of high merit or not, one must appreciate it. Mike Figgis' Hotel is one such example. It's like going on a fucking vacation... and not one of those vacations you had to go on with your parents and siblings where you placed license plate games and stayed in the hotel watching TV the whole time. It's more like a vacation to a gorgeous European locale where you don't speak the language and don't really care. Such artistic pretension hasn't shown its face since Peter Greenaway (a fellow Brit). Well, such satisfying pretention, that is. 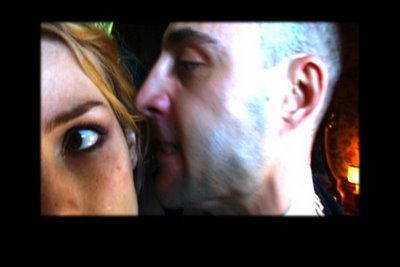 Figgis' Time Code was a digital experiment in which four camera captured real-time action loosely surrounding a Hollywood satire. The feat itself was marvelous, even if the film was deservedly forgotten shortly afterward. He returns to digital experimentation with Hotel, sometimes employing the quad-screen in Time Code, but often using simple split-screens, night vision camera, and the blending of images. American audiences threw their hands up, and the film went hidden for nearly four years until getting a direct-to-video release. There's a lot of fucking stuff going on here, including a British film crew making a tasteless Dogme adaptation of The Duchess of Malfi, an American tabloid whore Charlee Boux (Salma Hayek) making a documentary about the production, a murder subplot, and the hotel staff that appears to be kidnapping people and feeding their bodies to the clientele. All of this sounds like a mess, and it is -- but a rather glorious mess. 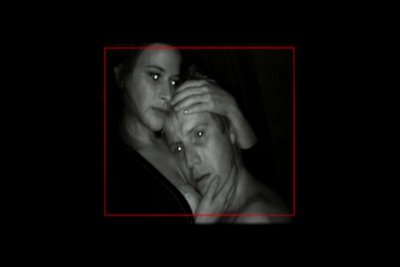 I purchased Hotel from my work for around 5 dollars (we had plenty of backstock) and found that multiple viewings really don't enchance the film in any way. One would think a film as convoluted as this would do so, but you soon realize that the magic of Hotel is in your initial blindness to its strange and alarming provocations. I have a particular fondness for films that challenge our senses, even if the final result is as messy as my room looks right now, and especially when its teamed with lofty ambition. To make sense of Hotel would be futile, but I can't say it's not worth a shot to allow yourself to just go with it.
Posted by reassurance at 10:27 AM