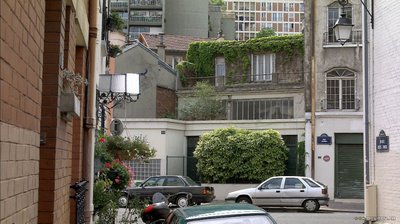 A friend of mine really hates bandwagons. So naturally, he chose not to jump on the one for Caché, Michael Haneke's latest and possibly most-widely seen. Naturally, most thoughtful cynics would become weary of something that's attributed nearly unanimous praise. As a cynic, I understand. But as a Haneke fan, I cannot. It's one thing to look through Eternal Sunshine of the Spotless Mind and try to find reasons to dislike it, because your lame sentimental ex-girlfriend thought it was the best thing since sliced bread. It's quite another to take a film like Caché and find a reason to put yourself outside of the majority, even for the simple reason that I've heard so many times before: "they just don't make 'em like they used to." This wasn't his exact reasoning, but I can't say I haven't heard it before. And I can't agree that Caché could be mentioned as an example of one of those films that just can't live up to how they used to make 'em. 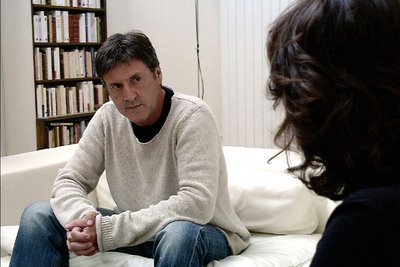 His main criticism was not in the direction, but in the story itself. He couldn't believe that what unfolds in the film could really be attributed to the actions of a child. How can we buy the film if the director assumes that a child must live up to the same moral standards of an adult? Naturally, I agree with this claim, but I do not believe this is what Haneke was doing. The deep-rooted guilt that emerges within Georges (Daniel Auteuil) does come from a despicable act of his childhood, but my friend failed to see what this act really signified. Haneke is a master at presenting the problem without ever speaking its name, and this is where people get confused. Georges is an upper-middle class father and husband, working as a television literary analyst, an almost by default boring liberal (the casting of Auteuil is perfect, as I've always found him to be a forgettable, yet prominent figure in French cinema). The series of videotapes unravels a world of pain and interior guilt on both him and his family, eventually leading back to an unflatteringly selfish act as a child for which he has never repented. Granted, this act, committed by a child, should not be held in the same moral regard as one performed by an adult. However my friend failed to see the issues of class, the issues of race that are unspeakably apparent in this memory. 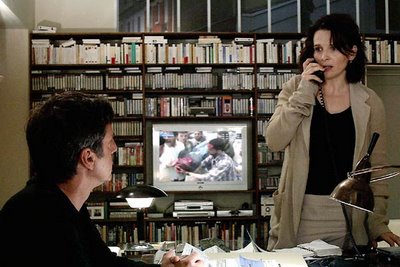 As I stated before, none of these issues are ever mentioned in the film; they're only suggested. My friend failed to conceive that perhaps this act could have been a signifier for a greater problem for Georges. Georges doesn't just have himself to worry about, for he has both his nuclear family and career at stake, and one directly affects the other. Perhaps there are problems elsewhere, which would explain why Caché only won the best director prize at Cannes, losing the Palme d'Or to L'enfant. Haneke's work as a director is really the most commendable aspect of the film. No image and no scene is throw-away, no matter how insignificant it may initially seem. Under the guise of a thriller, Caché brilliantly confronts the long-seeded guilt of the middle class, intellectually leaving the answers up to the audience. Much discussion has been made of the ending of the film, but I find it to be rather unimportant, though it does open up a flood of supplementary interpretations. Regardless, ignore the backlash and just keep sitting around assembling reasons why you think Charlie Kaufman is a putz.
Posted by reassurance at 11:50 AM

I need to see Cache again, since I saw it before falling in love with Haneke. And I agree with you -- if you were saying this -- that Haneke is a better director than he is writer.