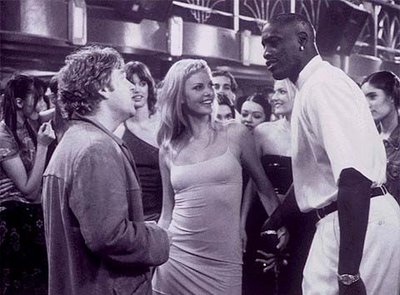 Though I haven't returned to the "Films I Hate" thread in a while, a revisiting of Woody Allen's epic disaster Celebrity has brought me back. Normally, I include two films of a particular theme to tie my hatred to, but, in the case of Celebrity, the only film I can think of to match its awfulness is Robert Altman's Prêt-à-Porter, a star-studded debacle that I couldn't bring myself to talk about in detail. The film left me with nothing other than a terrible taste in my mouth and, for me, that's all that needs to be said. So, Celebrity will stand alone in this post... and it's so bad, it deserves its own individual entry. 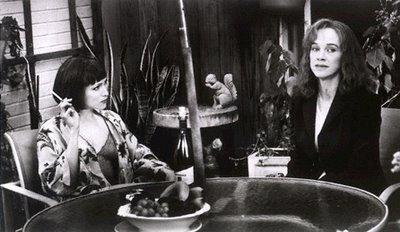 Celebrity was released at a point in Allen's career where the waters were questionable. His previous film, Deconstructing Harry, was, in this not-so-humble critic's opinion, his last great film. However, Harry was preceded by another epic Allen failure, Everyone Says I Love You. (His latest, Scoop, starring Hugh Jackman and the loathsome Scarlett Johansson will prove whether the waters are still as murky, after the success of Match Point). Celebrity casts Kenneth Branagh in the Allen role, a failed novelist who has taken to celebrity exposés, and Judy Davis as his neurotic ex-wife. If you'd put glasses on him, Branagh's Allen impersonation might have been too lousy for even MadTV. In every other scene (there's not much consistency), we hear him stuttering and lacing his voice with anxiety, characteristics of speech any Allen fan would naturally attribute to him. Davis plays a more exaggerated version of her gun-wielding former sister-in-law of Allen in Harry, but never to we understand her to be the female Allen, as her neurosis is painfully over-the-top, even for the self-loathing, reflexive nature of the "Woody" character in his own films. While both are accomplished actors, neither rise above their shitty source material or even come close to eliciting the sort of empathy we usually get from your typical Allen characters. 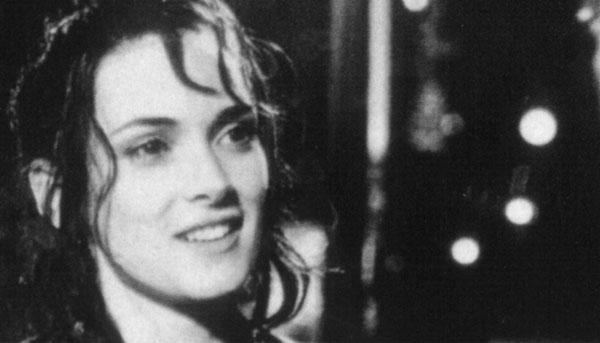 Our supporting characters here(of which there are many) are meant to make the savvy audience member snicker. Actors play inflated versions of themselves... Melanie Griffith as a big Hollywood actress (she wishes), Leonardo DiCaprio as the tumultuous young leading man, Charlize Theron as the obnoxious and perfect runway model. You get the picture. We're to see these people as a Hollywood freak-show (Griffith is masturbatory, DiCaprio is a violent heathen, Theron is the image-conscious partygirl), but they only serve as annoying sketches of Hollywood tabloid. This is certainly what Allen is trying to expose, but it's never as biting as he wants it to be. Instead, it's Allen's egotistical bitterness that bleeds through. Even our "sensible" characters (Joe Mantegna the successful television exec, Famke Janssen the intellectual editor, and Winona Ryder the small town girl lost in the sea of Hollywood monsters) just end up reminding us of better Allen films. 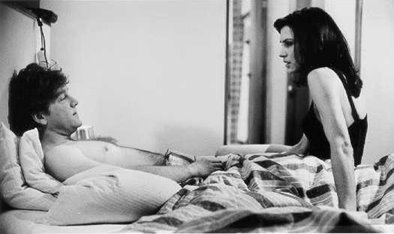 I dont know dude, Sweet and Lowdown was pretty good too.

Ever since I saw you liked Home Improvement, Eric, things have not been the same between us.

S&L is okaaaay, if only for Samantha Morton.