A New Synonym for "Grim" 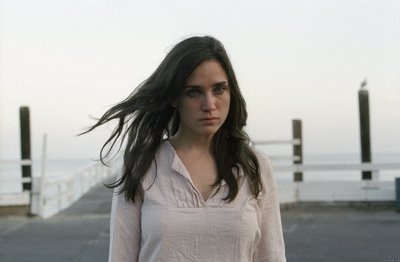 Rarely do films come along that solely exist to just make you feel miserable. This is neither a good nor a bad thing. In recent years, very few films can touch House of Sand and Fog, a bitter tragedy of the American dream. Kathy (Jennifer Connelly) is an alcoholic whose husband recently left her. She's falsely accused of unpaid taxes, and her house goes on the market, quickly sold to an Iranian immigrant (Ben Kingsley, who can really get away with playing any race) who's trying to keep his family in a falsely affluent lifestyle. Conflict ensues, and the screen saturates with utter despair. Both characters are flawed to irredeemable extremes, which makes the struggle that much more jarring that neither one is in the right or wrong. The only smirk-worthy aspect of House of Sand and Fog is that it was hilariously released on Christmas 2003, the perfect feel-bad movie for the holidays. That the film is so relentlessly, jaw-droppingly bleak can be admired, though expect it to fuck the rest of your day up. The film really goes beyond criticism; description is all one finds themself doing... and don't be surprised if you start going through the thesaurus trying to find synonyms for "dismal."
Posted by reassurance at 9:05 AM

Apparently Andre Dubus III got over 100 offers from Hollywood to adapt this book into a film. I'm still floored that some Hollywood exec green-lit a film this dreary. It was so miserable in tone that the Oscar voters couldn't even nominate it. All of this adds up to: wonderful.