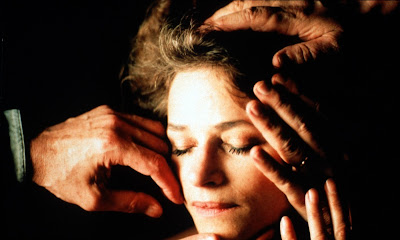 The term "growing up" always comes with a hint of condescension. I try to gravitate toward the word "maturing," but isn't that just an euphemism? So for lack of better terminology, Under the Sand was the once-labeled garçon terrible of French cinema's coming-of-age. His fourth feature after a plethora of shorts (and Gouttes d'eau sur pierres brûlantes earlier that year), Under the Sand was a step forward for the director, who, with Sitcom and Les amants criminels, seemed unable to resist the fleeting charm of shock and disturbance. Pairing with actress Charlotte Rampling, whose career resurgence could be attributed single-handedly to Ozon, Under the Sand was the director's own L'avventura (though it also bares resemblance to Anthony Minghella's Truly Madly Deeply with a rigid tonal difference). Within the first twenty minutes of the film, Jean (Bruno Cremer), the husband of English literature professor Marie Drillon (Rampling), vanishes without a trace on a beach during the couple's vacation. Stricken with grief (or is it denial?), Marie returns to Paris as if nothing had happened. 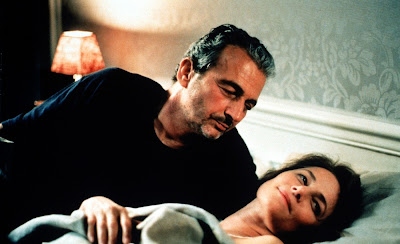 Under the Sand's strength comes not only in Rampling's riveting performance but in Ozon's reluctance to diagnose Marie's condition. At a dinner party hosted by colleague and friend Amanda (Alexandra Stewart), Marie casually suggests that Amanda's husband Gérard (Pierre Vernier) should join her gym as it would convince Jean to start exercising as well. The rest of the party looks on, uncomfortably, as the subject is quickly averted. As she returns home, after being escorted by publisher Vincent (Jacques Nolot) whom Amanda is trying to set up with Marie, Jean appears in the shadows of the apartment. Was he still alive? Or was this just a figment of Marie's imagination, a way of coping? When it becomes clearer that Jean wasn't found that day at the beach, Marie's mental and emotional state becomes more disoriented. She speaks of Jean in the present tense, even correcting Vincent at a pivotal moment, but it seems that the more the audience discovers, the less Marie appears to know about what's going on in her world. 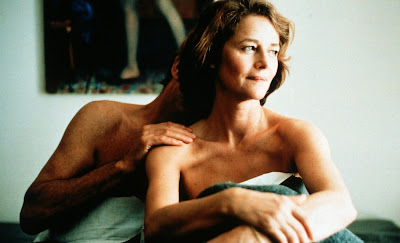 Our understanding of Marie's condition reaches a turning point after a doctor's visit, in which she's asked to settle her husband's bill as well as her own. With reservation (or is it confusion?), she asks the receptionist when his last visit was. At this point, we realize Marie isn't in a conscious state of denial, though it might have felt that way earlier when she adamantly denies recognizing one of her students who happened to be one of the lifeguards searching for her husband that summer. Things take a further turn when Marie visits her mother-in-law (Andrée Tainsy), who naively (?) suggests that Jean didn't drown and had disappeared purposefully to get away from Marie. It's the feistiest scene in the film, and it's to Ozon's credit that, like the rest of the film, the explosion comes calmly, resisting the urge to show a pair of proper ladies duking it out; he would give in fully to that urge with 8 femmes. Like Lea Massari's Anna in L'avventura, Jean is riddled with ennui, something that isn't apparent to his lover. Marie and Jean's relationship, seen in the film's early scenes, had been reduced to silence and impersonal small-talk. Marie never senses his distance, but after seeing the way she handles his disappearance, this might be a result of living in a constant state of denial. 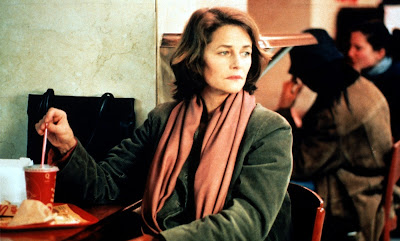 By remaining implicit about Marie's coping, Ozon permits Rampling to brilliantly shape her character. In bouts of girlish exuberance, Rampling takes Marie through not just the stages of grief but of self-discovery. Mercifully, this isn't a film about reinventing and discovering yourself late in life, so there's a greater level of intrigue when Marie blushes at Vincent's courting and giggles uncontrollably when they start to have sex for the first time. The moments, in which Rampling returns Marie to the seemingly forgotten days of youthfulness, revive her, if only momentarily, as the dread sinks in when things become more familiar the night Jean decides to stay the night. The complex relationship between the knowledge of the viewer and of Marie wouldn't have worked without Rampling, whose beauty seems eternally preserved. Her performance keeps Under the Sand mysterious, an effort that would prove less successfully when she re-teamed with Ozon in 2003 with Swimming Pool. 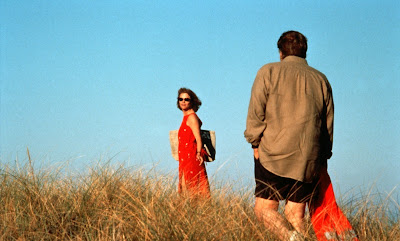 Under the Sand is just one example of a common sentiment among French filmmakers in relation to the beach and les vacances. Alongside films like Catherine Breillat's Fat Girl, Sébastien Lifshitz's Presque rien, Julie Lopes-Curval's Bord de mer, Anne-Sophie Birot's Les filles ne savent pas nager and Ozon's later Le temps qui reste, the expected relation between summer and relaxation or frivolity appears to have been replaced by layers of coldness and despair (Olivier Ducastel and Jacques Martineau's Crustacés et coquillages would provide the counter to these films). I plan to address this in later posts about a few of the aforementioned films. 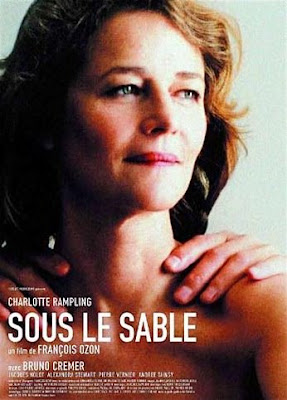 If you were to recommend an Ozon film to someone who got nothing from Swimming Pool and Time to Leave, in hopes that he would then appreciate Mr. Ozon's work, which would it be?

Or Water Drops on Burning Rocks, which I will be getting to later this week.

Melbourne Escortred lingerie energy soaring and the skin so smooth

It is a great film, it is one of my mother's favorite film.
viagra online