June Is the Month to Beat for R1 DVDs 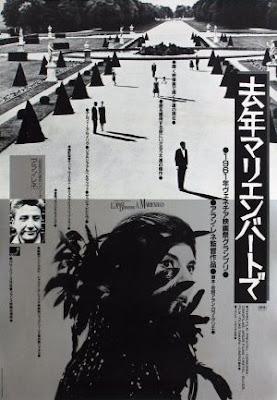 Criterion, at long last, announced Alain Resnais' masterpiece Last Year at Marienbad [L'année dernière à Marienbad] on both two-disc DVD and single-disc Blu-ray (please change the cover). The disc(s) will contain Resnais' short documentaries, Toute la mémoire du monde and Le chant du Styrène (and will hopefully start the ball rolling on some other Resnais films, like Providence and Mon oncle d'Amérique, which, if Charter is your cable provider, is available free on demand from IFC until the end of the month). Ingmar Bergman's The Seventh Seal will hit both formats in a remastered transfer; the set will include the documentary Bergman Island, which can also be purchased separately on DVD for those not planning on making the upgrade. And, Louis Malle's My Dinner with Andre, which we knew was coming this month, will also hit shelves. Normally, I would gripe about three of the four Criterion titles for the month being films that have already shown up on the DVD market, but The Seventh Seal was in need of a better transfer and the lousy Fox Lorber versions of Marienbad and Andre have been out of print for a while. No Eclipse titles, unless they're announced later this week. 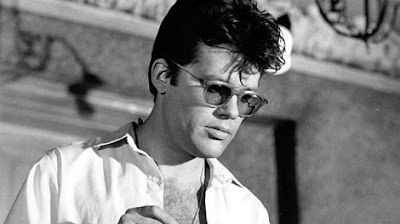 In other Criterion/Janus news, the third volume of Essential Art House DVDs (ie, Criterion films with the price slashed and without the special features) will be out on the 16th, and for the first time, includes a film that hasn't ever been released outside of the collection, Henry Cass' Last Holiday, which as you know was later remade into your favorite Queen Latifa/Gérard Depardieu film! The other films in Volume 3 are Ashes and Diamonds, Forbidden Games, The Hidden Fortress, Richard III and Variety Lights. 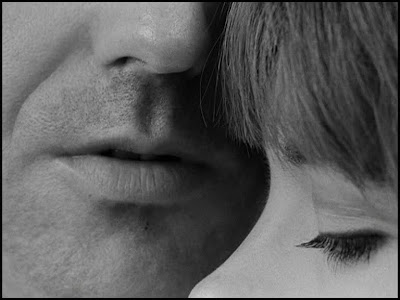 Koch Lorber (or, perhaps, Lorber Films) is releasing Jean-Luc Godard's Une femme mariée on 2 June (thanks Eric). Though I haven't gotten official confirmation on whether or not the 5 Warner titles have really been moved to 30 June or not (Amazon still has the June date), even without them June will still be the month to beat, especially as one of the cinematic landmarks of the past twenty years Anaconda will finally be out on Blu-ray on the 2nd.
Posted by reassurance at 10:54 PM

Last Year at Marienbad, one of my absolute favourites!

The Koch Lorber edition of UNE FEMME MARIÉE should be avoided at all costs — both on principle of the tatty yellow-subtitled interlaced editions released by that company (not to mention, more superficially, their disgusting graphic-design), and on principle of the fact that the forthcoming Masters of Cinema Series edition from the UK is clearly a giant labor of love:

Not to mention it contains Godard's original trailer, AND an 80 page book with a translation of Godard's lecture on UFM from INTRODUCTION À UNE VÉRITABLE HISTOIRE DU CINÉMA *and* new pieces by LUC MOULLET!

This is probably the ultimate Godard DVD edition of all time.

The MoC of A Married Woman will most likely be a better package, but it's PAL encoding will make it difficult for American audiences to see it. Too often a film is excluded from the conversation due to its almost esoteric availability. So, a quality release of the film (given the timing, this is do doubt from the same source as the MoC package) will hopefully help those in American who want to challenge the general narrative regarding Godard.

But I have a bone to pick about the other narrative, that which slavishly anoints companies like Criterion and MoC as impeccable and excludes others that try to compete. Have Koch Lorber releases had a troubled past? Yes. But over the last few years they've shown much more originality in their releases than the two 'heavies' mentioned above. They released Godard's Le Gai Savoir last year in similar packaging, and that was a bold move on their part. They were also the first company to release Resnais's Muriel, a film MoC has only recently gotten around to releasing.

My issue with MoC and Criterion is their trepidation when attempting to release films that aren't part of the accepted canon. For example, MoC released two Peter Watkins films, his two most famous works, but passed on The Freethinker, The Gladiators, and Privilege. In addition, their release of Antonioni's La Notte was of sub-par quality. And Criterion, while doing wonders with the Godard films they have released, passed on Godard's work in the 80s. Let's also not forget the problems with a few of their releases like Jules and Jim, The Golden Coach, and Kwaidan.

Lastly, when a film like Godard's Numero Deux finally becomes available to license onto DVD, who do you think will have the balls to release it? MoC? Criterion? Doubtful.

Lastly, the Koch Lorber is cheaper.

However, the cover art for the Lorber is pretty deplorable.

The most recent MoC titles have all been Region 0, and at the least, can be viewed on any laptop, despite being PAL.

Also, you might be interested to know that MoC are releasing seven Pialats, a plethora of shorts, and the complete contents of the Gaumont editions newly subtitled; and many of these are double-disc editions, in addition to containing killer booklets.

The MoC release of 'La Notte' is the only one on the market that contains the complete version of the film. The image is more than adequate. And the 56-page book with the Antonioni interview and "scrapbook" is a must-read. Simply put.

Such slavish anointment. You'd do well to remember how completely fucked up Koch Lorber's 'Muriel' release is, in a fake "1.66" ratio with the image pinched, and those yellow subtitles like paint thrown on the screen.

The Gladiators and Privilege are the two weakest Watkins, but I see your point. At the same time, see their Pialat releases. Or Funeral Parade of Roses. or the Naruse box. Or the only acceptable release of Shoah. Or what they did with the Keatons. Or Kaneto Shindo x 3. Or a two-disc set of Mikael by Dreyer. Or Laloux's Les Maitres du Temps and Gandahar, for christ's sake. Just because your favorite director's more overlooked films came out from a different company does not a conspiracy or "balls'less'ness" make.

As for Criterion, the Eclipse series is absolutely wonderful.

The Pialat titles are extremely exciting. Are they the same transfers as the French Gaumont releases?

I see all your points.

MoC is a quality label, as is Criterion, but they have very deep pockets so they can afford to release films like A Married Woman. For them, it's not a risk. For Koch Lorber, I believe it is a major risk. Maybe it's because of that that I'll be more willing to support them. So they don't include an 80 page booklet. Most of that text would be nonesense film appreciation anyway, which at this point I'm guessing neither of us need in order to see it's merit. It's trivial at best, and often its a forced flexing of the muscles. With the exception of select commentaries, I tend to ignore most special features that come with DVDs.

And you're right, Eclipse is flippin' terrific.