I hate the idea of a top 10 list... it's rather traditional and really only a means to cheer or boo someone based upon their lists. In fact, I think someone's top 10 list of the year -- be it music, film, whatever -- can be rather telling of the sort of person they are. So, maybe you'll be able to tell what sort of a person I am after reading the following.

I don't really feel like I am an active theatre-goer -- I loathe the experience of watching a film amongst a group of (usually rude) strangers. I don't want to start any arguments about the nature of film and how it's supposed to be seen projected at 24 frames-per-second. I'd just rather watch movies in the comfort of my own home. All this said, I didn't see many films in the theatre this year. And none of the films I did see really struck me as "the best of 2005." So I'll post the 9 runners-up instead, and perhaps I'll pick a favorite after all the winter releases make it to DVD.

So... here we go (in descending order for suspense purposes):

10. Or (My Treasure) [ Mon trésor ] - directed by Karen Yedaya - Israel/France
Nothing really unfolds as you might expect here. For one, the camera never moves; each shot is taken from a stationary camera that allows for every unflattering detail to expose itself. The story (about a woman who just can't quit hookin' and her daughter who can't bare to see her mother waste away to that lifestyle) sounds pretty throw-away... but the emotional and personal conflicts within the daughter, Or, make for juicy, complex cinema. The lead actresses, especially Ronit Elkabetz (of the wonderful film Late Marriage) as the mother, deliver performances so wonderfully in such difficult roles. It has the ability to quietly disturb and revolt. 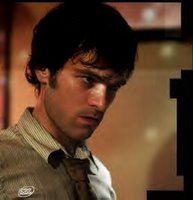 9. The Beat That My Heart Skipped [ De battre mon coeur s'est arrêté ] - directed by Jacques Audiard - France
Packed with an accomplished and justified intensity (unlike my choice for the worst film of '05) and a smashing performance from Romain Duris, director Audiard (best known for his technically-astonishing, but snooze-inducing ode to Hitchcock, Sur mes lèvres) accomplished a real feat, remaking a forgettable American flick (Fingers) and turning it into something quite good. When not wasting his time in trite Euro comedies for the U.S. Amélie-lover (L'Auberge espagnol, and its sure-to-be-lousy sequel Les Poupées russes), Duris conjures a force that can't be matched by most actors his age.

8. The Holy Girl [ La niña santa ] - directed by Lucrecia Martel - Argentina/Spain/Italy
Teenage girls coming-of-age flicks are pretty common staple of international cinema; they can be done well (Fat Girl) or they can be done poorly (Les filles ne savent pas nager). The Holy Girl is of the former category, an assured, lovely second feature from Argentenian Lucrecia Martel (La Ciénaga). Here, Martel combines the buddy sexuality of her protagonist(s) with dangerous game of Catholicism and piety. Easy answers do not ensue (this seems to be a trend in my list).

7. Last Days - directed by Gus Van Sant - USA
On paper, Last Days sounds like a trainwreck. You've got Gus Van Sant behind the camera, choosing to tackle another subject that's rather controversial. Elephant had its merits, but its flaws tipped the scale over. The cast: you have Michael Pitt as "Kurt Cobain" in a dress, Asia Argento conjuring up her inner Anouk Aimée, Sonic Youth's Kim Gordon, and the little kid from Witness having sex with a dude. It sounds rather campy but ended up being one of the more fascinating American films this year. Van Sant chooses not to show Pitt as a literal Kurt Cobian (though he does look the part), but as a man who can't even find quietness and solitary in his own death.

6. 3-Iron - directed by Kim Ki-duk - South Korea/Japan
Ki-duk's films always seem to develop from Eastern mythology and drenched in allegories -- none of which I've ever really been able to figure out. That, however, does not hinder my appreciation for not only for the visual beauty and quietness within his films, but also for their mystery. If I could easily crack this film (along with his equally-radiant The Isle and Spring, Summer, Fall, Winer... and Spring), I don't think it'd linger in my memory as long or as vividly.

5. My Summer of Love - directed by Pawel Pawlikowski - U.K.
Luscious. It sure does have its faults (the end "twist" is nauseating), but unlike so many films I saw this year, My Summer of Love was fully alive. With its sun-drenched cinematography and Goldfrapp soundtrack, the film felt like a gorgeous love letter to the possibilities of youth. Nathalie Preiss, as the freckled, cockney-accented Mona, gives an amazing performance, reminicent of some of the best work by one of my favorite actresses, Tilda Swinton.

3. Mysterious Skin - directed by Gregg Araki - U.S.A.
Mysterious Skin is a film whose true beauty reveals itself after you've left the theatre. While a fuckload better than his last endeavor Splendor, we still have a truck-load of problems here. Araki never develops the female characters (Elisabeth Shue, calling upon her inner Jennifer Jason Leigh as Neil's trampy mother, and Michelle Tractenberg, as Neil's "soul mate") as they need to be; Araki still hasn't figured out how to direct his actors outside of the world he created with his Teen Apocalypse Trilogy (Joseph Gordon-Levitt being the exception here); the narration feels strange and very "based-on-novel-y." Yet, Mysterious Skin is truly the most emotionally complex film I saw this year. Araki handles the thematically-heavy text of the film delicately. We still have a world where aliens appear, where the sounds of Slowdive and the Cocteau Twins' droning guitars fill the air, where teens still casually explore their sexualities, and where the protagonist of our tale looks strikingly like Araki himself (Gordon-Levitt is his James Duval substitute here). Yet, the world of Mysterious Skin is unlike Araki's others, for, here, we can see a sizable level of maturity growing onscreen.

2. Tropical Malady - directed by Apichatpong Weerasethakul - Thailand/France/Germany/Italy
And rounding out my list of Asian and homoerotic films comes a comprimise between the two. Like 3-Iron, most of my admiration for Tropical Malady comes from my lack of knowledge in Eastern mythology and folklore, not to say that an understanding in such would change my opinion here. Told in two-parts, the film opens with the blossoming of a relationship between two Thai men. The dialogue is quiet and simple. At almost exactly the hour-mark, we switch into the jungle where a soldier is searching for a ghost inhabiting a beast of sorts. I'm actually embarassed (slightly) to admit I don't really know what's going on in this film... so why does it make the highest slot of my list? Tropical Malady is a completely visceral experience -- frighting, haunting, tough-to-crack. For the patient viewer, its final shot will be stamped in your memory forever.

We'll see if a number one arrives at a later date.
Posted by reassurance at 12:50 AM