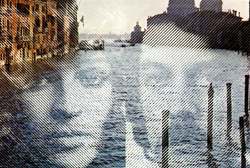 Without question (along with Ken Russell's The Devils), one of the horror greats of the 70s, and I suppose it's no surprise Hollywood is planning on redoing (and likely, ruining) this film. Like so many horror films out now (in the post-M. Night Shamalamawhatever world of horror), Don't Look Now relies on its final momenets (which Bravo shamefully gave away in one of their scariest moments on film countdowns) for a better understanding of the film. Unlike any of M. Night's flicks, the surprise is not a moment of cinematic trickery. Knowing how Don't Look Now ends doesn't make us wanna go back and marvel at how well Roeg lead up to our final gasp. Instead, Don't Look Now works in the same way Citizen Kane does. It's final revelation allows us to look at the film intellectually and discover what exactly our filmmaker tries to convey. Since I'm one of those people who perfers to go into a film with no expectations, I won't give away what happens. Instead of remaking Don't Look Now, Hollywood should take note. Instead of altering our perception in some clever, betcha-didn't-see-that-comin' sort of way, why not engage our audience intellectually?
Posted by reassurance at 9:50 PM