In case you're wondering... here's the notables of what'll be in your video store (or, more likely, on Netflix or Amazon) this Tuesday the 24th of January.

Tartan's releasing one of the last of Ki-duk's films stateside. I haven't seen this one yet, but hopefully it falls along the lines of some of his better work -- The Isle, Spring Summer Fall Winter... and Spring, and 3-Iron. 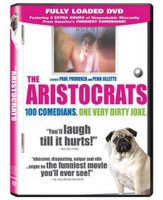 Fans of the Krautrock pioneers can rejoice -- now they can buy the 2-disc DVD set, filled with live performances and a short film dedicated to the band by Brian Eno, for an affordable price. This re-release doesn't include the bonus CD, but runs a reasonable $23 instead of $45.

The Heart Is Deceitful Above All Things - dir. Asia Argento - 2004 - USA/UK/France/Japan - Tartan Video

For those with the all region players, Tartan UK has released Asia Argento's adaptation of the JT LeRoy memoirs on DVD this week. With a strange cast that includes Argento herself, Peter Fonda, Winona Ryder, Marilyn Manson, Lydia Lunch, Ornella Muti, and Michael Pitt, those without a region-free player can wait until Palm releases it stateside in March. 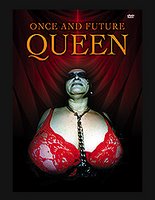 You may like Todd Verow's second part of his Trilogy of Addiction, which began with Little Shots of Happiness and ended with A Sudden Loss of Gravity. Or you may have remembered how awful his adaptation of Dennis Cooper's Frisk was and choose to avoid this altogether.

Yeah, Emilio Estevez used to be cool. A friend of mine believes that any movie with Harry Dean Stanton can't be bad... and, for the most part, that's true, especially the case in Alex Cox's uber-punk rock sci-fi comedy.

For the Lydia Lunch fans, here's her second showing this week on DVD. For everyone else, this DVD contains a documentary about Nicky and the Bad Seeds' US tour in 1989 and a separate concert flick filmed in Amsterdam. Also features Anita Lane and Jim Thirwell.

TLA brings us an homage to Buñuel's Los Olvidados about a street hustler in contemporary Mexico.

Based on the novel by Walter Kirn, a teenage boy can't rid himself of his filthy thumbsuckin' habit. Keanu Reeves and Vince Vaughn sound like a turn-off, but, as you may already know, I'll watch anything with Tilda Swinton.

And... the DVD pick of the week: Ingmar Bergman's The Virgin Spring. Finally out on DVD via Criterion, Bergman's first Oscar winner deals with a provincial Swedish family whose virgin daughter has just been raped. Totally grim and unmistakedly Bergman.
Posted by reassurance at 2:12 AM

JT Leroy's book I believe was never listed as a "memoir" it is just a collection of short stories. Now, his persona did purport that they might have been based in truth but we have recently learned that this was all made up. So they are just wonderful pieces of fiction. :)

I don't want to get into an argument over this, because, really I don't care for JT Leroy, but I don't believe that he's a fictional creation of Carrie Fisher.

You are correct it was not Carrie Fisher it was someone else. And they have come out now and the jig is up as they say. Google it.

I do enjoy your blog. I use it in my daily life. Sin destino, I added to my Netflix. See! :)

Too bad Sin destino is putrid.