Filmmakers Are Your Friends 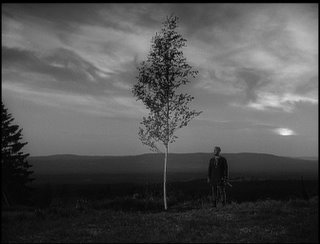 With the amount of time I dedicate to locking myself in my room drowned in cinema, it’s only natural that I have found personal bonds with filmmakers, none of which I’ve ever met in the flesh. These bonds I form with filmmakers I can simply equate with the relationships normal people develop with each other. I know Wong Kar-wai like you know a close friend. We’ve been friends for a while… probably six or seven years, and I’ve gotten to know him quite well. We’ve shared some wonderful, beautiful time together (Days of Being Wild), and I’ve been there for the not-so-good times too (Fallen Angels). I think we get along so well because we understand one another. Wong never insults me, and even when I may have gotten a little to used to his antics, I’ve stuck it out with him. That’s what friends are for, no? He’s not my only friend, of course. What? Do you think I’m a loser or something? I’ve got some other really close friends too. They go by the names of Federico, Catherine, Akira, Woody, Michelangelo, David, Ken, Werner, Pedro, Roman, Alfred, and, yes, I even have a friend named Ingmar.

As strange as it may sound, there’s a certain warmth about Ingmar B

ergman’s icy worldview. Maybe it’s that delusion of heat that comes from the extreme cold. But maybe it’s just that I know my Swedish friend so well that being around him gets me all cozy inside. The Virgin Spring is by no means a warm and cuddly little film, unless rape, murder and questioning the existence of God sounds like a lazy Sunday afternoon for you. And if it does, you too might understand my sentiments toward the film. Though relatively early in his career, The Virgin Spring is probably the last of Bergman’s “greats” for me to see. I’m too technologically advanced to even conceive of owning a VCR, so I had to wait for Criterion’s release of the disc to give it a look. It was not only worth the wait, but thanks to my long acquaintanceship with Bergman, I got to enjoy it as a person might enjoy hearing a familiar tale from a close friend. Since, you know, I’m not a loser, I’ve had parallel experiences recently with other friends. While watching Michelangelo Antonioni’s The Passenger a few months ago for the first time, I erupted in vicious laughter as the quintessential Antonioni “leave ‘em hangin’”/"ohhhhh, existentialism!" conclusion unfolded. Though just as striking an ending as anything he’s done, it’s as if I were hearing Antonioni tell the same joke again, just with a new exposition. I also rolled my eyes lovingly while watching Last Days when Gus Van Sant insisted on including a completely unnecessary gay sex scene in the middle of the film. “Go right ahead, Gus, and get that little boy from Witness to make out with another guy.” Gus, Michelangelo, Ingmar, and I are good friends, so we can joke with one another like that. 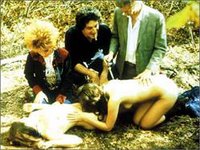 n Spring opens beautifully. As it’s one of the early Bergman’s, his theatre background presents itself immediately. He brings us to a shadowy barn, where Ingeri (Gunnel Lindblom), a woman equally as sexy as she is frightening, stars a fire and opens the roof, quite literally lighting the scene. She calls upon her god Odin, begging for “today to be the day.” We don’t really know what she’s praying for -- but by the looks of things, it’s not something good. If you believe the Internet Movie Database, Wes Craven’s dismal exploitation flick Last House on the Left is apparently a remake of this film. Now, you know it’s not something good. Yet, as grim as The Virgin Spring may be, it’s rather thoughtful and aesthetically gorgeous (something Last House on the Left is not). Not that you or I would expect any less from Ingmar.

My kinship with cinema and its masters does not always prove as serene as it does with Ingmar and me. Maybe someday, I’ll tell the story of how that wretched cunt Amélie clouded my nihilism and filled me with a destructive sense of idealism and romance. But, that’s for another day. 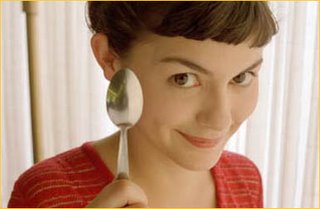