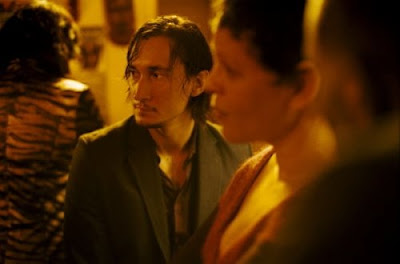 Via IndieWire, Claire Denis' 35 Shots of Rum [35 rhums] has found a US distributor in Cinema Guild, who just started their own DVD label after New Yorker Films closed up shop. In other Cinema Guild news, they have teamed up with Project X, who previously brought us a bunch of amazing Peter Watkins films. Their first release together will be Christian Petzold's The State I Am In [Die Innere Sicherheit] in July, followed by Watkins' 14-hour doc The Journey [Resan] sometime later this year. 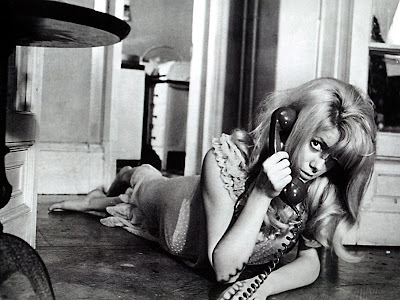 Criterion announced their July titles this afternoon. Roman Polanski's Repulsion, previously only available in a wretched bargain bin disc, will be out on both DVD and Blu-ray on 28 July. Masaki Kobayashi's The Human Condition is set for the 14th, as well as a Blu-ray of For All Mankind. And Godard's Made in U.S.A. is the other release, though Eric pointed out that spine number 482 has yet to be announced. He suspects it may be Godard's 2 or 3 Things I Know About Her [2 ou 3 choses que je sais d'elle] (though Polanski's Cul-de-sac is another possibility). I suspect it may be Revolutionary Road (if Criterion's release of Benjamin Button is any indication). Let's hope he's right.
Posted by reassurance at 6:22 PM

Putting out Made in USA without also doing its companion film at the same time would make very little sense, since Criterion owns the rights to both. #482 better be 2 or 3 Things, especially since that's the one Godard film that I know they own that I most want them to do at this point -- I already have various non-R1 discs for most of the other Godards they're planning.

The only other Godard I know they are planning is My Life to Live. They've shown little interest in the post-60s films, Petit soldat and Carabiniers are both Genius properties, and Weekend -- I believe -- is still bottled up with NYer.

I don't know what the deal on Weekend is, but I also thought that 2 or 3 Things... and Vivre sa vie were the only remaining Godard Criterions left.

You guys are of course right... I'm not sure why I thought there were more coming. Wishful thinking, I guess.

I'm still holding out hope for a Dziga Vertov Group box to match the Spanish one, but that's certainly a long shot, I know.