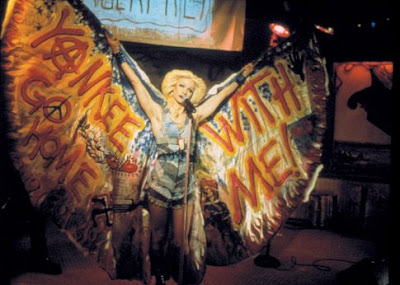 As fictional rock n roll films go, there's no beating Hedwig and the Angry Inch, which blows its competition away (pun probably intended) in both music and depth. Hedwig and the Angry Inch is consistently surprising on both levels. Compared to any film to tackle the issue of gender directly, the film's nuances and thoughtfulness are refreshing, but that it handles everything it puts on its plate with the same sort of freshness is all the more worthy of praise. Adapted by John Cameron Mitchell from his stage musical, its comparisons to Rocky Horror Picture Show are pure surface, as Rocky revels in its "camp" transvestitism while Hedwig does not. Its comments about gender, lost love and fame come from something organic. Mitchell's strength (and maybe his weakness, too) derive from humanism, but in both this and the later Shortbus, it's hard to imagine having a better time watching a film about the tribulations of being displaced. 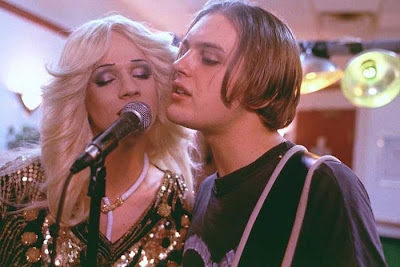 Also of interest is the cover album Wig in a Box, which features a bunch of awesome musicians doing their own versions of the film's incredible soundtrack. Some of the highlights include Frank Black doing "Sugar Daddy," Yoko Ono and Yo La Tengo doing "Hedwig's Lament/Exquisite Corpse" and The Polyphonic Spree doing "Wig in a Box." Sleater-Kinney, Rufus Wainwright, Fred Schneider, Robyn Hitchcock, The Breeders, Spoon, Ben Kweller, Ben Folds, Ben Lee, Cyndi Lauper, the Minus 5 and even Stephen Colbert also show up. Like the soundtrack to most any musical (except, maybe, Xanadu), the songs are better suited inside of the film, but Wig in a Box is certainly worth a listen or two. 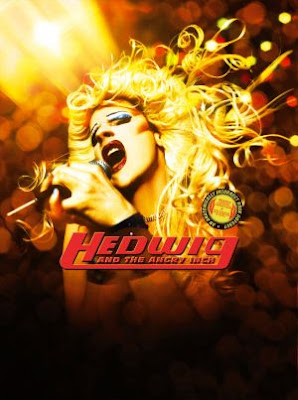