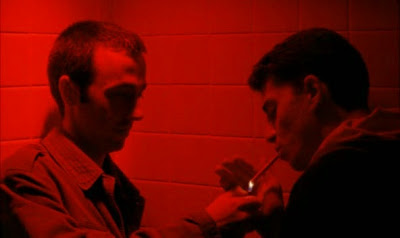 For those of you not tired of me blabbing about Sébastien Lifshitz, I'd like to thank my friend Jordany for directing me to his new film's IMDb page. Plein sud stars Yannick Renier (Private Property, Born in '68), Léa Seydoux (De la guerre, The Last Mistress), Théo Frilet (also from Born in '68) and Pierre Perrier (Cold Showers, One to Another), will unfortunately not be shot by Agnès Godard (Claire Mothon is the DOP, I'm not familiar with her work), but will feature music from John Parish, one of PJ Harvey's collaborators [check out their album A Woman, A Man Walked By if you haven't already], and Jocelyn Pook. It's scheduled to be released in France on 19 August, and I suppose there's a chance it'll play at either Venice or Toronto a few weeks later. You like how I got to bring up both Lifshitz and PJ Harvey in the same post? 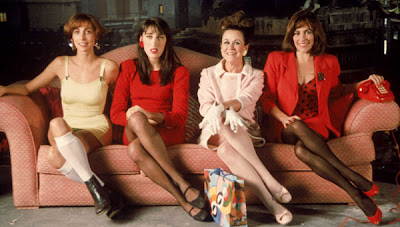 Also, Nathan at Film Experience gives us some bad news about a planned television series based around Almodóvar's Women on the Verge of a Nervous Breakdown. No Carmen Maura or Rossy de Palma and scripted by someone who works on Grey's Anatomy? Fail. Makes you kinda wish that American remake with Jane Fonda had happened, so this wouldn't have.
Posted by reassurance at 2:20 PM