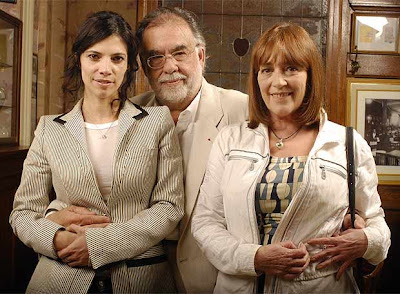 More films playing at the 62nd annual Festival International de Cannes were revealed today. The line-up of both the Quinzaine des Réalisateurs, aka Directors' Fortnight, and La Semaine de la Critique, aka The International Critics' Week, have been announced. Contrary to early reports, Francis Ford Coppola's Tetro will make a showing at Cannes this year, opening the Quinzaine. Coppola's company American Zoetrope will roll the film out in US theatres in early June. Other notable films screening at the Quinzaine are the latest from Pedro Costa (Colossal Youth), a documentary entitled Ne change rien, translated as Don't Change Anything; a new film from Hong Sang-soo called Like You Know It All; Luc Moullet's La terre de la folie; Yuki & Nina, a co-directorial effort from Nobuhiro Suwa and French actor Hippolyte Girardot, who starred in Suwa's segment in Paris je t'aime; the latest film Le roi d'évasion from Alain Guiraudie, who will show up on my Decade List in the coming months; and a trio of American films that made their premieres at Sundance in January. I Love You Phillip Morris finds our new favorite trend of Hollywood actors going gay as Jim Carrey falls in love with cellmate Ewan McGregor. Amreeka, about an immigrant woman in Illinois starring Hiam Abbass (The Visitor, Lemon Tree, The Limits of Control) and Alia Shawkat (Arrested Development), also played at New Directors/New Films on 25 March; National Geographic Films will release it theatrically. And Lynn Shelton's acclaimed Humpday is the third; Magnolia is releasing it this summer. I'm not familiar with any of the directors screening at La Semaine de la Critique, but among the shorts is one directed by actor Grégoire Colin, the star of a number of Claire Denis' films, entitled Le Baie du renard, loosely The Bay of the Fox. The directorial debuts in the Quinzaine will compete for the Caméra d'Or, whose previous winners include Steve McQueen's Hunger, Miranda July's Me and You and Everyone We Know, Corneliu Porumboiu's 12:08 East of Bucharest, Tran Anh Hung's The Scent of Green Papaya, Jafar Panahi's The White Balloon, Mira Nair's Salaam Bombay! and Jim Jarmusch's Stranger Than Paradise. 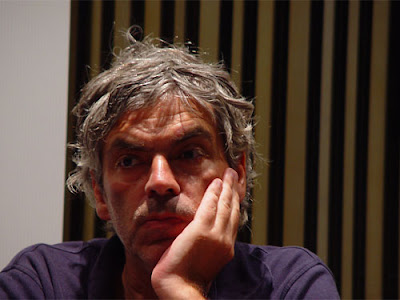 As for reactions to the various line-ups this year, it seems strange to comment about a group of films no one's seen yet; however, it's hard not to get excited about all the new films from such established directors, particularly after such a disappointing showing at Berlin and Sundance earlier. Of course, some of these films will not meet their high expectations. Some of the unavoidable things I'm not looking forward to reading this year include the homophonous substitute of "Cannes" for "can," the American media coverage of Angelina Jolie at the premiere of Inglourious Basterds, talk about how the recession has effected the festival unless it's warranted by, say, Vanessa Paradis walking down the red carpet naked and complaints about the poor showing of American directors. I'll also direct you to Vadim Rizov's wonderful piece about the festival's history with their national filmmakers. I've posted the line-up of features for the Quinzaine below. You can find the shorts here, and the Semaine de la Critique here, both via Variety. Oh, and if you're looking for anyone to sponsor coverage of the film, my schedule for May is wide open.

Like You Know It All - dir. Hong Sang-soo (Woman on the Beach, Night and Day) - South Korea

I didn't know Costa had a new film in the works. I wonder how dissimilar it will be to his past work, as even his 'fiction' films are semi-documentaries.