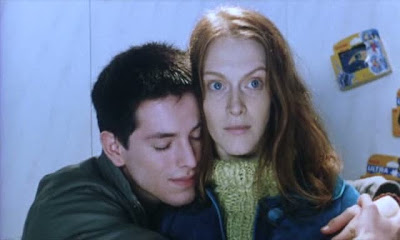 It's a common misconception that Catherine Breillat has no sympathy for her male characters (the opposite could be said of Claire Denis, actually). More often than not, all of her characters are functional, and that includes the women. In Fat Girl's Anaïs (Anaïs Reboux) (and maybe also The Last Mistress' Vellini (Asia Argento)), one senses some affection between the artist and her subject, but in most cases, the characters that inhabit her films are walking theories. In Brief Crossing, a film often disregarded as one of her lesser works, the male character Thomas (Gilles Guillain) receives the same treatment she gave Anaïs earlier that year. In the film, he's subjected to an endless stream of gender absolutes and generalizations from Alice (Sarah Pratt, a dead ringer for Julianne Moore). They meet on an overnight ferry trip across the English Channel and spend the evening together. He's sixteen and French; she's thirtyish and English. 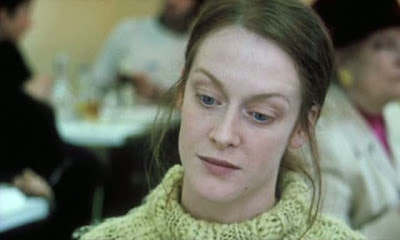 It's impossible to discuss Brief Crossing without giving away the end revelation, so, like nearly all of the Decade List posts, I wouldn't suggest reading unless you've already seen the film. More than a "twist," the discovery that Alice's stories about leaving her husband and being without child are all a farce is less a trick than an explanation. In many ways, Alice embodies a whole different set of preconceived notions and stereotypes as she freely spouts about how men are, how women are treated, etc. On one hand, she's the cold and bitter Brit, a common depiction by the French (see also Charlotte Rampling vs. Ludivine Sagnier in François Ozon's Swimming Pool). On another, she's exactly the sort of woman we expect to appear in a Catherine Breillat film: detached and with plenty to say about the dynamics of male/female relationships. Hell truly is other people in Breillat's universe. 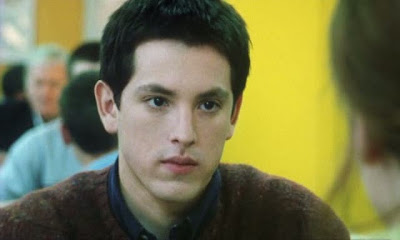 That Alice is playing a role for Thomas adds another dimension to the film. It's certainly more narrative-driven than Anatomy of Hell, but Brief Crossing truly is about illusion and perception. Alice's arguments become less convincing the more it seems she's giving in to her young suitor's sexual advances, and yet we have to wonder if this isn't intentional on her part. She constantly has control over her situation, even more so when you realize she hasn't been exactly truthful with Thomas. What she's feeding him is bullshit, but even in bullshit there's levels of truth. Though driven by a candid pursuit of what may be his first sexual encounter, Thomas is pure because he's been spared by his youth. Though, it's his youth that prevents him from truly grasping what Alice is saying and doing, blinding him to that approaching disappointment. 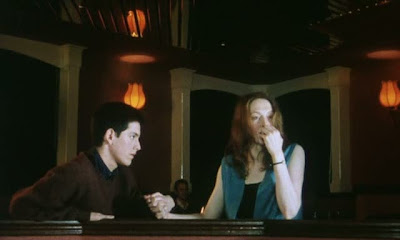 Thomas learns the same lesson that Elena (Roxane Mesquida) does in Fat Girl, but he's spared her demise. Perhaps. I've heard Brief Crossing described as a companion piece to Fat Girl, the better known of her 2001 films. Breillat examines the perils of first love and sexual awakening with extraordinary results. The pains of youth can best be attributed to the willingness of the young to expose themselves. Thomas explains to Alice how dating is different from when she was a teenager; you can date a girl for a few weeks and move on to her best friend later on. But it's that Thomas, like Elena, seeks something greater in his older lover while acting the part of an adult which opens him up for the heartbreak he never experienced with others his age. He's playing a part, just like Alice is, but his vulnerability makes transparent what Alice is able to conceal. 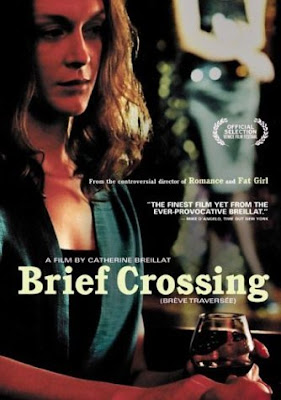 Is it just me or is Brief Crossing way better than Fat Girl? I loved Brief Crossing, but Fat Girl had me bored to tears. Catherine Breillat has not yet made a film as good as this one.

While I don't agree with what you say about Fat Girl, I do think Brief Crossing is excellent as well.

I think it is a fine film, the plot is very clever.
Generic Viagra