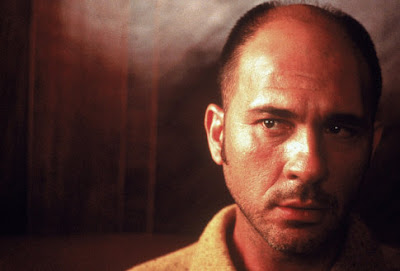 After Pedro Almodóvar won the Best Foreign Oscar for All About My Mother in 2000, there was no turning back. Few contemporary directors have molded a mid-career upsurge as impressive as he has, and Talk to Her is the best of these offerings. Stepping away from his usual obsessions (women on the verge of something-or-other), Almodóvar focuses Talk to Her on two men, Marco (Darío Grandinetti), a handsome journalist, and Benigno (Javier Cámara), a lonely nurse, both of whom are caring for their comatose lovers. 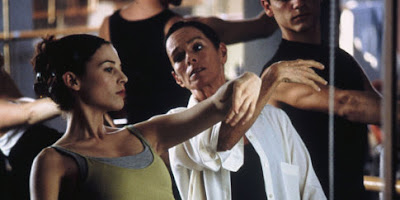 In so many of his films, Almodóvar finds beauty and depth in absurdity. For the director, absurdity isn't merely the peculiar situations he places his characters in, but the way he syphons the palpable emotions from his narrative. I'm forever impressed and even surprised at the ways in which Almodóvar gets to me. Unlike, say, Amèlie, Talk to Her never shields the fact that one of its main characters is up to some creepy business, but it's clear that Benigno isn't aware that what he's doing is wrong and that makes Talk to Her even more tragic. 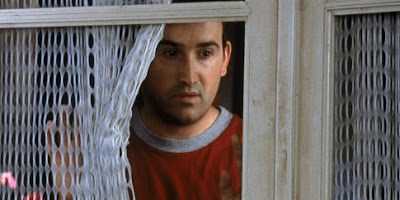 Benigno is one of the most intriguing characters in Almodóvar's universe. For one, he's a male, which would typically place him beneath all the wonderful women the director and his actresses have created. He's a sympathetic sociopath with misdirected emotions and a strange passion, with a lot in common with Antonio Banderas' character in Law of Desire. Sheltered from the world by an overbearing mother, he has no sense of how the world functions or how to relate to other humans. One of his coworkers suggests that he's gay, and while his affections are toward a comatose female (Leonor Watling), this doesn't make him a heterosexual by any means. He's noticeably attracted to Marco but stands uncommonly faithful to Alicia (likely because she doesn't really have any say in this matter). All of his interests are derived from those around him, and without the demands of his mother, who dies before the film begins, he has no real sense of how to function in his world.

Talk to Her is such a painfully beautiful film that I struggle to verbalize both my intellectual and emotional feelings toward it. Even more than All About My Mother and Volver (though not by a whole lot), its closing moments leave me with swirling exhilaration, as the dancers shuffle onto the stage. Forgive my loss of words, but if any film I've written about so far deserves to be merely absorbed without hesitation, it's definitely Talk to Her. 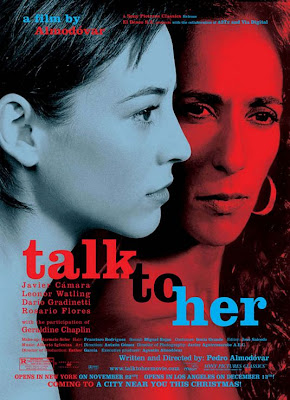