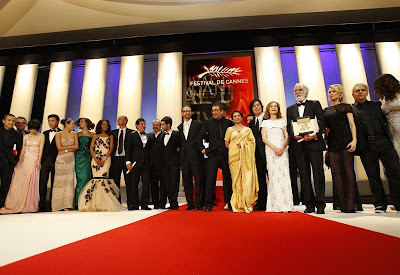 I trekked through the closing ceremony yesterday morning streaming via the Cannes Official website, which really is not conducive for the few of us who are fluent in both English and French, and had a few observations. 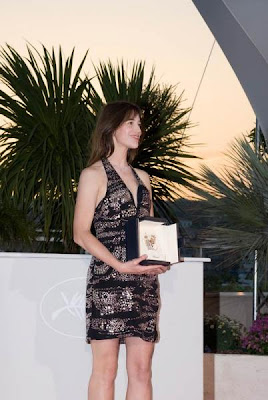 1. The best moment wasn't the long-overdue recognition for Alain Resnais or finally bestowing Michael Haneke with the fest's top prize, but instead, it was the humble acceptance of Charlotte Gainsbourg after being named Best Actress for Lars von Trier's Antichrist. With a "bien sûr" delivery, Isabelle Huppert read off Gainsbourg's name as if there were no other choice the jury could have made, which makes natural sense considering Huppert and fellow jury member Asia Argento's history of emotionally devastating roles. With her hushed voice, Gainsbourg thanked von Trier, co-star Willem Dafoe, husband Yvan Attal, her two children, mother Jane Birkin and, naturally, her late father, whom she hoped was looking down at her both proud and shocked. This was easily the best moment of the whole ceremony. 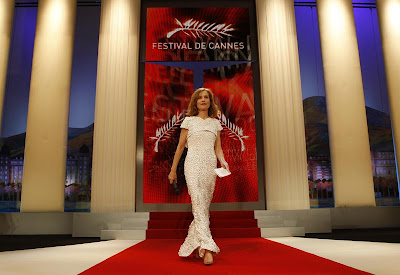 2. Worse than Isabelle Adjani's shameless plug for her film La journée de la jupe, which Andrew Grant informed me is not only "god-awful" but worse than Bon voyage, were presenter Terry Gilliam's laughless crocodile tears when host Edouard Baer informed him that he was not the winner of the Best Director prize, which he was introducing. IndieWire commented, "Across the stage, Isabelle Huppert, not laughing, remarks simply, 'OK?'" I was sort of hoping for a bitchier "OK?" than Huppert gave, with a half-smile, but her sentiment was precisely how I felt. I was more embarrassed for Gilliam in those three minutes than I was during the entirety of The Brothers Grimm. 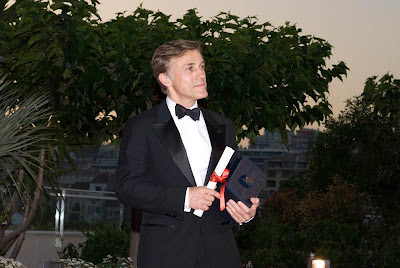 3. While I was partly amused by Christoph Waltz's acceptance speech for Best Actor, I think I'm beyond the point of wanting to hear someone verbally jerk Quentin Tarantino off. He does a good enough job by himself. 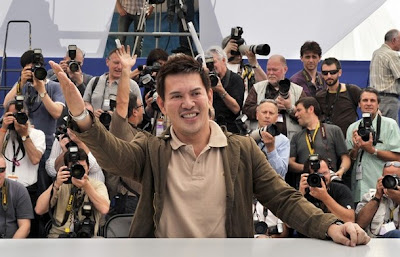 4. Though it seems Isabel Coixet's Map of the Sounds of Tokyo was the hands-down worst film to screen in competition this year (not surprising after the steady decrease in the director's work from My Life Without Me to Elegy), I'm wondering if the boos that accompanied Brillante Mendoza's Kinatay and Lou Ye's Spring Fever from the US critics were appropriate or if the rumored "jury craziness" had some validity. I wasn't impressed with Mendoza's The Masseur or Lou's Summer Palace, but I'm certainly willing to give both another shot.

5. While this has nothing to do with the ceremony itself, I've read conflicting reports of how IFC Films is planning on releasing Antichrist in the US. Some have said we'll be seeing the film in all its genital-mutilation glory, but others have said it will be cut. Another source said that IFC will be releasing both versions, as certain cable providers would probably shy away from showing the film OnDemand. It'll be interesting to see how this is handled when IFC rolls the film out, hopefully later this year.
Posted by reassurance at 5:55 PM

I loved that Huppert rolled her eyes when Waltz thanked Tarantino.

I missed that! I might need to re-watch that now.