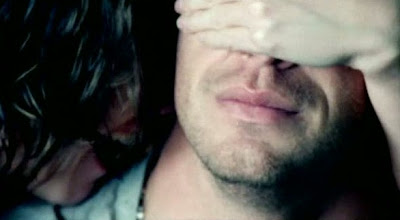 Denis Villeneuve certainly has a memorable way for opening his sophomore film Maelström. Enter our narrator, a grotesque nightmarish talking fish, with an Alphaville voice, on a Hostel-like operating table. Enter the heroine, Bibi (Marie-Josée Croze), undergoing a fairly graphic abortion. This might lead you to expect a much different type of film than Villeneuve offers his audience, though perhaps not knowing what should logically follow such an opening is the most accurate approach to Maelström. With a dynamite performance from Croze, in her first leading role, Maelström succeeds in being smart and bratty at the same time, all while moving at a pace and direction that seems all its own. Every plot synopsis I've read of the film differs, so there's no point in trying to describe what happens beyond the introduction. The best moment of the entire film occurs near the hour-mark as Bibi runs toward the plane a man she's just met (Jean-Nicolas Verreault) is boarding, reaching her destination out of breath and telling the man, "I forgot to tell you... I want to have sex with you." That really should've be the end-all of last-minute airport parodies (and it works a lot better than me relaying the scene to you). 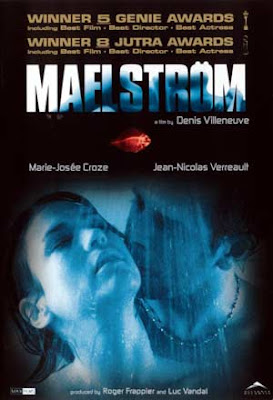