So, maybe, IFC will be releasing DVDs for purchase again 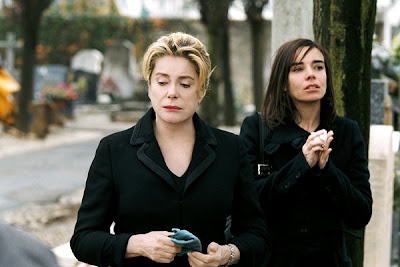 Thanks, as usual, to Eric for paying attention when I was not, but it looks as if IFC may have finally stepped away from their sinking ship of a distributor, Genius Products, as there will be three of their titles released through MPI in August. I've read no official confirmation of this, but things are looking likely in that IFC has found a home with MPI, who currently releases DVDs from both Music Box Films and Dark Sky Films. While I would have been more excited to see The Last Mistress or The Duchess of Langeais as one of the three, I'm still glad to see that (maybe) they will be making their films availablefor purchase in the US after six months of no new announcements. The three titles are Gaël Morel's Après lui (11 August), with Catherine Deneuve and Élodie Bouchez; Joe Swanberg and Greta Gerwig's Nights and Weekends (25 August); and Duane Graves and Justin Meeks' horror flick The Wild Man of the Navidad (11 August). I've also heard that Bruce McDonald's Pontypool will be out on 21 July, but that's from a different source that hasn't been confirmed yet. 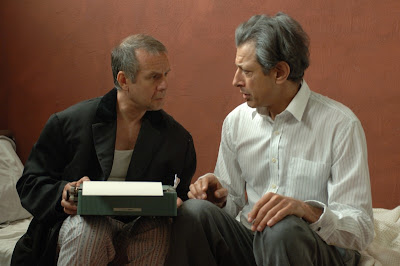 And here are a few other DVD announcements:

Very excited about Adam Resurrected. I've heard mixed reviews, but I've become quite the fan of Paul Schrader as of recent... and of course, I love Jeff Goldblum.