A few DVD updates, Some Acquisitions, 5 May 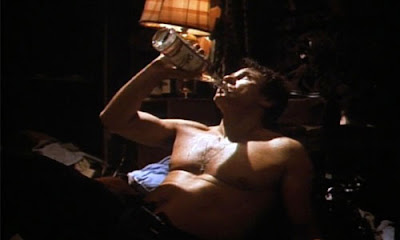 Nothing terribly exciting has been announced for DVD in the US lately, but here are a few. Lionsgate is releasing a Special Edition of Abel Ferrara's Bad Lieutenant, HBO has the second season of Flight of the Conchords on 4 August (though I don't know anyone who especially liked this season), Focus is releasing Coraline on 21 July while parent Universal will have Duplicity out on 28 July, and finally Synapse has a special edition of The Stepfather 2 on 29 September, though for some strange reason the first installment has never been released in the US (I suppose in the same way Phantasm II hasn't either, despite 1, 3 and 4 being readily available).

In acquisition deals, Benten/Watchmaker Films landed Wei Zheng's Fish Eyes, which premiered at Tribeca. Cinema Guild picked up Andrew Bujalski's Beeswax, and Film Movement nabbed Adrián Biniez's Gigante, which won the Silver Bear at Berlin earlier this year. And finally, Warner has added 40 more titles to the original 150 in their Archive Collection. Check this link for all of the titles. 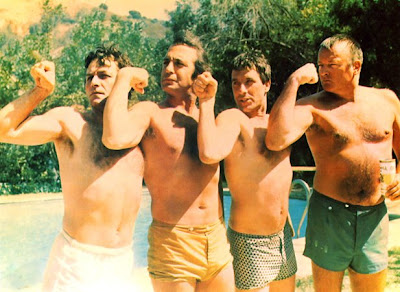 Also, Eric's informed us of a number of planned DVD releases from Sony and theatrical releases from The Film Desk. A Sam Fuller box-set and Husbands are reportedly coming from Sony, the latter part of their Martini Movies series. And The Film Desk is releasing a resorted print of Alain Cavalier's Le combat dans l'île [Fire and Ice], with Romy Schneider and Jean-Louis Trintignant, as well as a first-run release of Alexander Olch's The Windmill Movie.
Posted by reassurance at 4:11 PM

Isn't it nice to see Bujalski get the street cred he deserves, and not get sucked into the corporate hell-hole if IFC -- where films go to die.

Also, I have no idea who that guy on the right next to Cassavetes is, but what a role! He's in the movie for a max of 2 minutes, mainly just that still picture, and he's all over the publicity of the film.

Of course the burning question is -- will they be restoring Cassavetes' original cut of Husbands?

Still, amazing news! Will assumingly be an improvement over my pan & scan VHS!