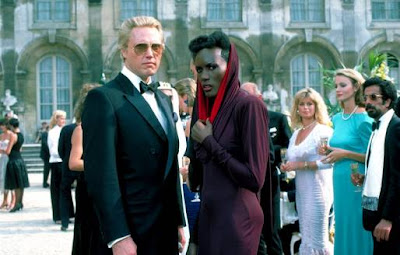 Despite my plans, I didn't end up writing about any of the 2000 films I missed in April, and honestly 'R Xmas was the only first-time viewing that I've written about so far (shame). But with May comes 2002, and at least three of my all-time favorite films will show up, one from Spain, one from Scotland, the other from France. 2002 will also show the first film from my favorite American filmmaker to debut in the '00s. So, as I've been pretty bad about watching films from 2000-2001 that I hadn't seen prior (I promise Yi-yi and Werckmeister Harmonies are coming, though I seem to have nothing enlightening to say about In the Mood for Love... hmmm), I'm enlisting your help to give me the extra push toward, or away from, these 2002 films I have yet to catch. Your assistance is greatly appreciated. 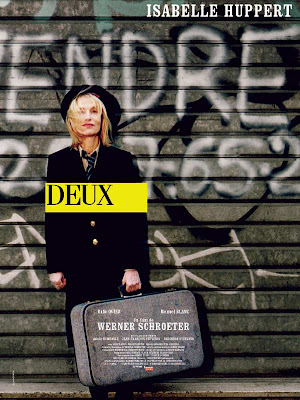 Of course, any other suggestions for 2002 films (check the IMDb if you're not sure of the year, though I'm aware they are definitely not fail proof). I'd like to say the first 2002 film will roll out tonight, but we'll see where the day takes me.
Posted by reassurance at 12:32 PM

Email ThisBlogThis!Share to TwitterShare to FacebookShare to Pinterest
Labels: 2002

Joe, the Hong is my favorite on this list. And I like the Sissako a lot too. Both highly recommended!

Senso '45 is quite good as well, at least for Brass standards.

Heaven is worth your time, though you might find it unwatchable, as many of my friends do. I like it.

And keep me posted about The Good Thief.

I'll give a big recommendation to The Good Theif. I remember liking it a lot when I saw it, though that was 6 years ago. And I can safely say you can avoid Heaven.
-M

I find most of Tykwer's stuff close to unwatchable, so I think I'll probably skip that one, though it was based on a screenplay by Kieslowski; for some reason the "sequel" L'Enfer, directed by Danis Tanovic (No Man's Land) starring Emmanuelle Béart (who's probably one of the few actors out there to have starred in two, completely different films with the exact same title), has never been released in the US.

Please, watch Bela Tarr, you will be very happy you did. I will not say it is worth your time, that such a lowly utilitarian view. If you love movies, or books, or paintings, or music, even the worst ones enrich you, because every piece you face sharpens your ability to discern in the future between the "good" and the "bad". And Tarr is up there in the Pantheon, it will touch you.

Thanks everyone for the assistance.

I'm extremely nervous about my viewing of Werckmeister Harmonies as it seems to have sparked a curiosity from certain people as to why I haven't seen it before and what I will have to say about it once I have watched it. On vera...