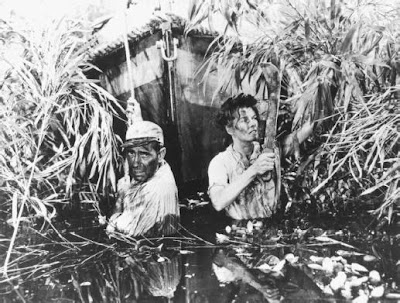 Looks like a brand new date has been given to John Huston's The African Queen by Paramount to either get delayed again or finally see the light of day on, now, both DVD and Blu-ray: 23 February. I would quit mentioning the thing until I had a copy of it in my hand, but it's kinda fun keeping track of all the false starts it's gotten.

The Blu-ray schedule for the US is seriously disappointing, when I hear about all sorts of exciting films getting put out in Europe. The Precious phenomenon has thankfully brought us one good thing in the announcement that Lee Daniels' glorious/awful Shadowboxer is going to come out on Blu-ray on 16 March, so I can see all its absurdity in the highest quality possible. I can't wait. The only other Blu release I found is Dragon Dynasty's release of The 36th Chamber of Shaolin on 2 March. 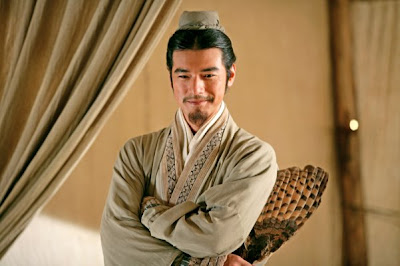 Magnolia announced John Woo's Red Cliff for 30 March in two different versions: the U.S. theatrical cut, which edited both films together into a two-and-a-half-hour package, and a 2-disc international version, which contains both of the Red Cliff films uncut. And, thanks a lot, Lionsgate for once again tapping into Republic's library to release two films that have been released previously (Frances and Plenty). More exciting than the Casper Van Dien/James Dean made-for-television flick coming to DVD is a Kurt Russell-as-Elvis TV movie directed by John Carpenter! Shout! Factory will release the film, which also stars Shelley Winters, Ed Begley Jr., Pat Hingle and Joe Mantegna, on 2 March. And finally, it would appear as though here! Films release of Brillante Mendoza's Service [Serbis] will be the uncut version as the box cover lists it as the "unrated version." The DVDs below are in descending order of release. 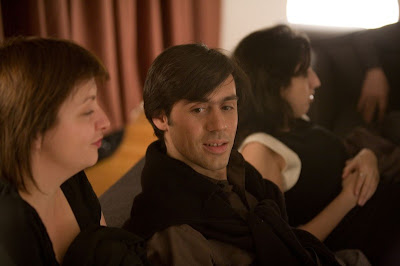