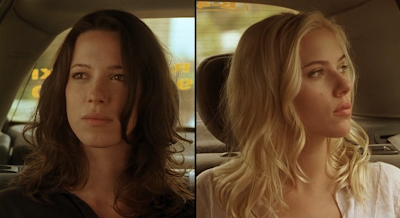 No film last year glued a glimmering smile on my face as strongly and thoroughly as Woody Allen's effervescent Vicky Cristina Barcelona. Perhaps I was witnessing one of my favorite directors come back to life after a decade-long stint of mediocre films, many of which featuring his most incompetent muse to date, Scarlett Johansson, a sad replacement for Diane Keaton and Mia Farrow. Or perhaps it was such a relief to feel those temptations to say that he'd "lost it" dissipate within the film's earliest moments. Ultimately, it doesn't matter whether low expectations and dwindling confidence were to thank for what was easily my best "cinema experience" of ‘08. 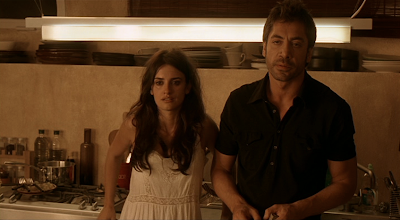 In ways no other director can compete, Allen pulled me through the ringer with alternating moments of hilarity and stomach-dropping poignancy. As Vicky, the 'Woody Allen character' of Vicky Cristina Barcelona, Rebecca Hall nailed neurotic dissatisfaction, culminating in the heart-sinking moment where her entire façade shatters near the end of the film as she tells Javier Bardem, quite simply, "I'm scared." As Cristina, the self-proclaimed free-spirit amid a love-triangle with Bardem and the smoldering Penélope Cruz, Johansson is as tolerable as she's ever been, with Allen exposing the two things most directors miss in the actress: a brimming sexuality that's deeper than physical voluptuousness and the seeping fear that she isn't up to snuff. I (still) have no reservations in claiming Vicky Cristina Barcelona to be among the highest tier of Allen films, within the ranks of Stardust Memories, Manhattan, Hannah and Her Sisters, Annie Hall and Deconstructing Harry. 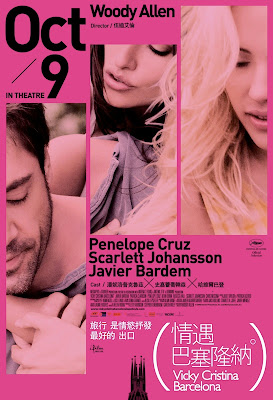 thankyou.
thankyou for that succinct cache.