In what Claire Denis described as her own mood piece inspired by Jean-Luc Nancy’s book of the same name, The Intruder is the most ecstatically puzzling of her career, a haunting exploration of a man dying of heart failure (Michel Subor). Denis subtly takes you into the mind of Louis, blending his fantasies into the already challenging narrative. What we do know is that he has a son (Grégoire Colin) he barely sees, a failing heart and is visited by a young Russian woman (Katia Golubeva), to whom he owes a large sum of money and might be a manifestation of his imagination (or “the Angel of Death,” as some have speculated).

I don’t think I’m alone in claiming The Intruder to be Denis’ most difficult in deciphering (nor in my total fascination with it). And still, it’s somehow everything I want out of one of her films: frustration, bewilderment and atmosphere. Similar to Beau travail, my other favorite film of hers, The Intruder only seems to strengthen through memory, even if returning to it still proves to be an extremely complex endeavor. 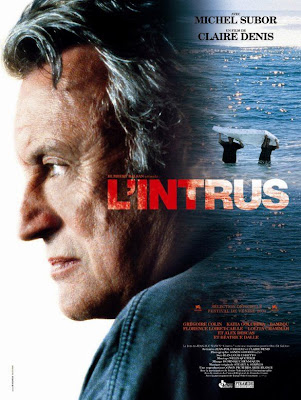 Claire Denis "35 Shots of Rum" was one of my favourite films from this year.

this film has so much <3

looking forward to when Denis finds another subject that allows her to expand & breathe again. she's at her best at her most vast.

I love this film too. It's wonderfully unresolved, and probably unresolvable, but reading Jean-Luc Nancy's essay, which inspired the film, does go a long way towards putting Denis' film into context and pointing out some of the key themes and ideas at the heart of this material. The essay is about Nancy's heart transplant, and how the experience made him think about the nature of identity and also the concepts of foreignness and intrusion, which he talks about in terms of immigration, tourism, invasive medical procedures, etc. Denis' film is basically a sustained riff on the ideas raised by Nancy's essay, visualizing his concepts in various ways and further exploring the multiple resonances of the versatile concept of "intrusion."