Like all projects I've embarked upon, the results seldom live up to the ambition, and as I look at the calendar, December has arrived... meaning I need to start wrapping up The Decade List which I've been working on for the better part of the year. Officially, I've set 20 December as the day the full list will go up on the blog (assuming no disasters occur before then, or on that particular date). Currently, there are 61 films I've written about, almost all of which have been revisited in the past 10 months (or at least seen in the past year and a half). Like every '00 round-up I've seen so far, 2009 will look a little slight, as I doubt I'll have the chance to catch a number of films, like Claire Denis' White Material, João Pedro Rodrigues' To Die Like a Man, Bruno Dumont's Hadewijch, Maren Ade's Everyone Else, Tsai Ming-liang's Face, Jacques Rivette's 36 vues du Pic Saint-Loup, Pedro Costa's Ne change rien, François Ozon's Le refuge, Fatih Akin's Soul Kitchen, Mia Hansen-Løve's Father of My Children, Matthias Glasner's This Is Love, Catherine Breillat's Bluebeard and a number of other likely candidates, in the next 20 days. As the deadline is vastly approaching, I probably won't dedicate verbose passages to all the films I need to still include, but as long as I get something out there, I'll be... eh, not pleased but content. I've saved some of the high-rankers for closer to the completion date, which will hopefully explain the "why hasn't he written about [?] yet?!?" 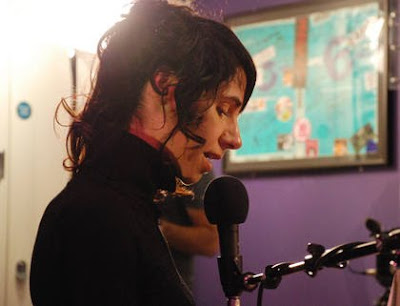 I'm still figuring out what exactly I'll do with the music portion of the decade list. Maybe a small ranked list of albums, singles... I don't know. I won't be spending much time writing on that topic, but as everyone loves making lists (even if they don't admit it), something like that will probably happen. Thanks to those of you who've sent suggestions my way; I've gotten to many of them, and a number of 'em will show up this month. As for the worst films of the decade, you probably already know what my #1 is, but I may crank out a lit for that shit too. I also have another similar little project I'm going to toss around with a few people. On vera... Wish me luck!
Posted by reassurance at 6:37 AM

Bonne Chance! Looking forward to it! I have a feeling Bruno Dumont's latest might have made your list.