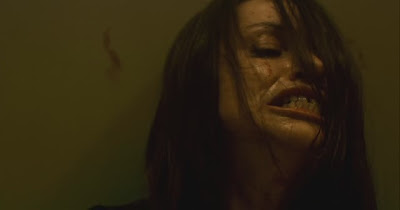 There are only a few horror films from the ‘00s that will stand the test of time, and nearly all of them come from Europe. Alexandre Bustillo and Julien Maury’s home invasion nerve-racker Inside will most certainly be one of them, stemming from the great French tradition of studying the Hollywood model and discovering the way to crack it. Set during the riots of 2005, a pregnant young woman (Alysson Paradis), widowed a few months earlier in a car crash, returns to her home on Christmas Eve only to have her night-in brutally infringed upon by a mysterious, hostile woman in a black gown, played ferociously by Béatrice Dalle. A sanguinary game of cat-and-mouse begins. 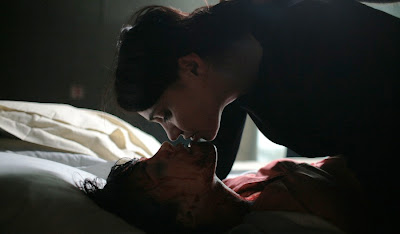 Inside re-imagines our understanding of terror under the familiar pretense of the slasher film. It teases us with its juxtaposition of the riots and makes us consider the sort of psychological disorder a woman who would terrorize a pregnant woman might have. But what lies beneath its crimson surface is a deep, swirling crevasse of emptiness, even if the directors provide a swift, forgettable motive for Dalle’s character in the end. The sort of emptiness that echoes through Inside is not to be confused with the inept laziness of American gore-fests like Wrong Turn, to give one example of many. Its core is one of relentless, nauseating, bleak nothingness, presented in a world where some of the most awful things can come without warning and without mercy. The first-time directors should thank Dalle for infusing Inside with one of the most horrifying and chilling performances I’ve ever seen. She captures a shade of menace that’ll make you shiver just thinking about it. 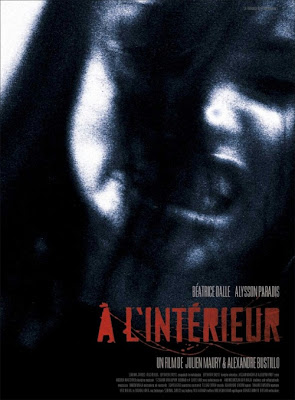