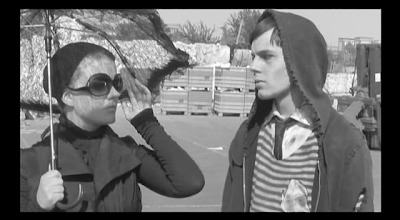 Otto; or Up with Dead People – dir. Bruce LaBruce 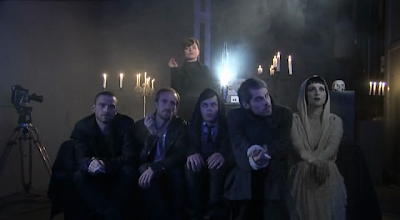 I often underestimate the way in which LaBruce, like Gregg Araki, punctures a searing truth and sadness through a well-practiced brand of sympathetic and condemning disposition. Medea, assisted in her agenda by her brother Adolf (Guido Sommer) and girlfriend Hella Bent (Susanne Sachße), is a curious figure, something of an art terrorist who uses manipulation and greed to push her generally noble, leftist cause(s). “Americans produce enough garbage… to buy 82,000 football fields six feet deep,” she lectures to Otto. “Although I can’t think of a better use for football fields,” she adds. 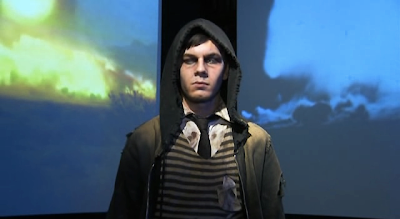 There’s something different though about the character of Otto. To Medea, his zombie act is the perfect metaphor for consumerism and political ambivalence, but for Otto, his somnambulist, undead state isn’t an act. LaBruce never interferes with either character’s belief about whether or not he’s an actual zombie, which pushes forth a different idea of what has brought about this state. Otto thus becomes a metaphor for the crippling ennui, disillusion and dehabilitation of contemporary youth. Otto; or Up with Dead People is an effective balance between these varying metaphors and cultural criticism, more shocking in its piercing depth than in its over-the-top provocations. 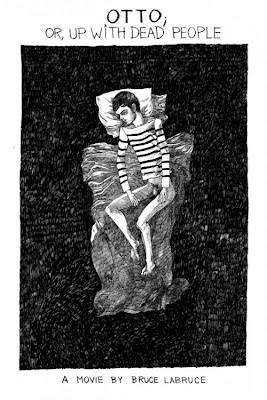