Though no one will in the Academy would ever name names, it’s pretty clear to most people who pay attention that the snubbing of 4 Months, 3 Weeks and 2 Days when the list of foreign films was narrowed down to nine (to make deciding the final 5 nominees a lot easier) in 2007 was the catalyst for changing the regulations for the category. The following year, a separate committee was created to make sure the old retired voters with conservative tastes who actually had the time to sit through every single country’s submission didn’t make any glaring omissions like they did with 4 Months, 3 Weeks and 2 Days (and many, many others). Aside from that assumed accolade, the film did surprise everyone by winning the Palme d’Or in one of its strongest years to date, showing up on numerous critics’ Top 10 lists and Critics Circle awards, taking home the top prize at the European Film Awards and becoming the most critically (and probably financially) successful Romanian film in the country’s history. And, maybe most excitingly, it was even denounced by the Vatican. 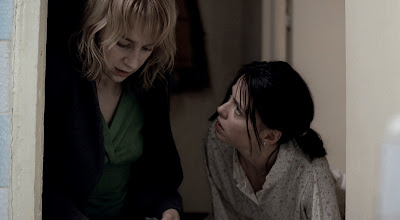 It surprised me how well 4 Months, 3 Weeks and 2 Days holds up on repeat viewings. In alleviating the unshakable dread of seeing it initially (it really prepares you for the absolute worst), its devastating power starts to reveal itself. With Anamaria Marinca's mesmerizing performance, it's unusually powerful in its depiction of feminism, particularly as such a thing is easy to show when depicting the past (here, the last days of Communism in Romania). In a way, 4 Months, 3 Weeks and 2 Days is the alternate of a great war film, placing Marinca and Laura Vasiliu, who plays the pregnant girl, in the role of metaphorical soldiers fighting a small (in the grand scheme) battle in the face of personal freedom. Its heart cannot be found on its sleeve, and its victories are no cause for celebration. Director Cristian Mungiu beautifully illustrates both of those sentiments in the final scene of the film. 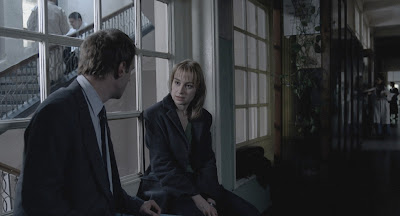 While I’ve previously discussed the way the raw style of realism as compared to the films of the Dardenne brothers and Laurent Cantet’s The Class [Entre les murs] makes the films feel like naked thrillers, that style also keeps the films generally apolitical, even when addressing issues as hot button as abortion. There must be something about effectively crafting a film like this, The Class, L’enfant or The Son (you can include Paul Greengrass’ films in that list as well) that keeps its directors from ever pulling cheap moralistic punches. I suppose having the ability to create a film as riveting as the ones mentioned above without the bells and whistles typically employed when directors attempt to initiate “suspense” is reason enough to keep sentimental nonsense at bay. Mungiu also benefits from having an incredible lead actress in Marinca, whose only prior acting credits included some British television and stage work. Her performance, which truly drives the film, is wholly captivating, thoroughly unglamorous and simply astounding. In fact, it’s a perfect emulation of the film itself: modest on the surface, spellbinding in action and rewarding in nearly every way. 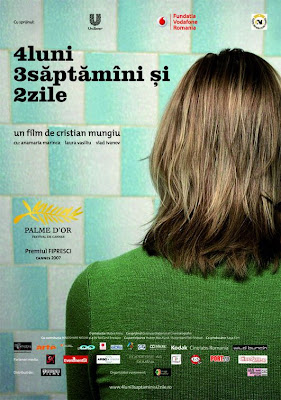