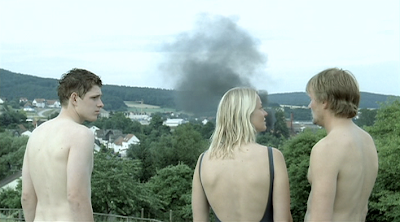 Through Germany’s illustrious cinematic history, one marked by soaring heights and long absences (we all know why), the country went through one of those droughts following the “New German Cinema” period during the ‘60s and ‘70s, though some of its key figures (Werner Herzog, Jean-Marie Straub, Werner Schroeter) are still making great films (Wim Wenders and Volker Schlondörff released a couple of great films after that period, though their recent output isn’t very noteworthy). In the ‘00s, a new breed of young German filmmakers emerged, known as the “Berlin School.” While the term doesn’t resonate with anyone other than cinephiles, it’s what’s returning the country to its heritage of artful cinema. 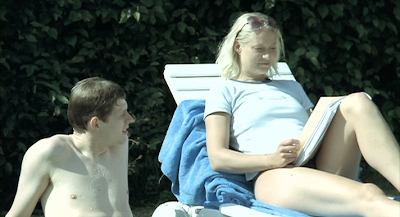 Ulrich Köhler’s Bungalow isn’t regarded as the touchstone of the Berlin School (you’d have to ask someone better acquainted with the movement if there in fact is one), but it stands as a remarkable exemplar of such, far removed from the national mainstream (Downfall, The Lives of Others, The Baader Meinhof Complex) that’s still unable to address much outside of its own past. In Bungalow, teenage solider Paul (Lennie Burmeister) goes AWOL and retreats to his parents’ home in Marburg-Lahn. His solitude at the house (his parents are on holiday) is unexpectedly interrupted by the arrival of his brother Max (Devid Striesow) and his new girlfriend Lene (Trine Dyrholm), a beautiful Danish actress working on a B-movie in Germany. 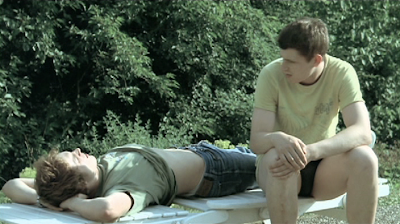 Bungalow is a striking, understated account of Paul, whose extreme awkwardness feels at odds with the fact that he’s modestly handsome. His interactions with Max haven’t developed beyond childlike horseplay and the cruel exchange of insults that only ever seem acceptable between family members. Though certain actions, like dispassionately playing with himself and trying on Lene’s bathing suit when she’s not around, stem from Paul’s truancy, all of his interpersonal interactions are incredibly unhealthy. He unconsciously sabotages each of them with an immature arrogance, something that also brings forth a number of uncomfortably candid remarks in the presence of others. 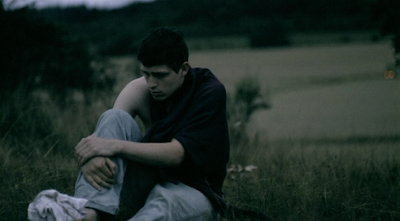 Köhler never suggests what the source of Paul’s unfortunate characteristics, which reach deeper than the usual tribulations of growing up, might be. Is the military responsible? His parents? Society? Paul’s departure from his squadron isn’t a premeditated act, and we’re never quite sure why he continues to avoid going back, as the life he’s returned to has only inspired apathetic inertia. Bungalow is a cryptic, deceptively sedate observation of wayward youth and a fine introduction to the exciting films of the Berlin School. 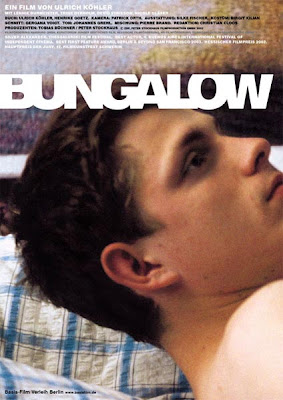 Oh wow, this got every one going - fascinating input mixed with a good read.hcg