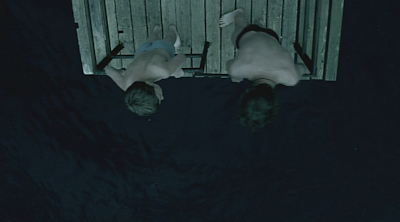 When I told a Russian friend of mine that only one film from his native country was going to make my Decade List, he said he wasn’t surprised (though I did preface that statement with the fact that I have yet to see Aleksandr Sokurov’s The Sun, Aleksei Balabanov’s Cargo 200 or Valeriy Todorovskiy’s Hipsters). He informed me that, outside of directors like Sokurov (whose ’00 work that I saw didn’t really thrill me), Russian cinema has veered closer and closer to becoming replica of bad Hollywood films in the past ten years. I don’t know how true that statement is, but Andrei Zvyagintsev’s The Return is easily one of the most impressive film debuts of the ‘00s. 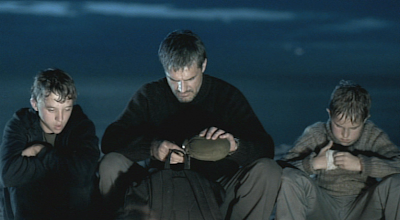 There’s definitely a Hollywood influence to The Return, but I don’t think it’s the kind that my friend was speaking of. It, for lack of a better description, has that Hitchcock touch, a palpable sense of anxiety that never lets the viewer go. The Return follows two brothers (Vladimir Garin, Ivan Dobronravov) whose father they’ve (possibly) never met (Konstantin Lavroneko) returns home. They’ve been told he’s been away on military purposes, but the boys are more than a little skeptical. Reluctantly, they accompany their father on a fishing excursion. 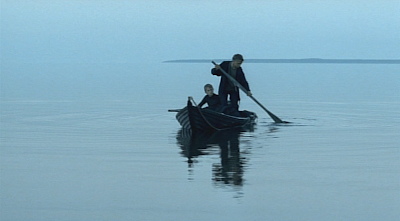 Zvyagintsev turns this trip into a mysterious journey that looks at generational clash and images of masculinity, among other things, in contemporary Russian culture. Raised by their mother (Natalya Vdovina) and grandmother (Galina Petrova), the introduction of their father, a man of austere character, becomes their first experience with a male figure of authority, which impresses the elder brother Andrey and causes alarm for the younger Ivan. Gorgeously filmed in blues and grays, The Return felt like the arrival of a new important voice in international cinema. Zvyagintsev’s sophomore effort The Banishment, which also starred Lavronenko whose performance won the Best Actor prize at Cannes, opened with a truly mesmerizing sequence, but fell short in everything that came after, ultimately failing to live up to the director’s great promise. 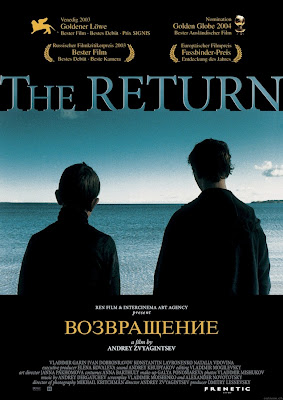