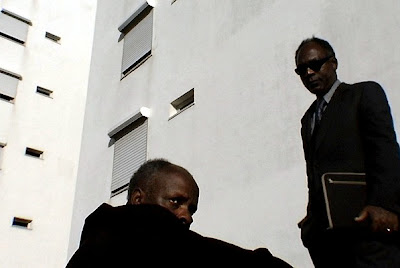 It's going to be hard for Criterion to deliver a more exciting month in 2010 following their March releases. Firstly, we have a Pedro Costa box-set, entitled Letters from Fontainhas: Three Films by Pedro Costa, which includes the features Ossos, In Vanda's Room [No Quarto da Vanda] and Colossal Youth [Juventude Em Marcha], set for the 30th. The fourth disc contains a feature-length doc, All Blossoms Again [Tout refleurit: Pedro Costa, cinéaste] by Aurélien Gerbault, as well as two shorts from Costa, Tarrafal and The Rabbit Hunters, both taken from the omnibus features O Estado do Mundo and Memories, respectively. Then we have Nicholas Ray's classic Bigger Than Life, on DVD and Blu-ray, on the 23rd. Then, Marco Ferreri's Dillinger Is Dead [Dillinger è morto], with Michel Piccoli and Anita Pallenberg, on DVD on the 16th. 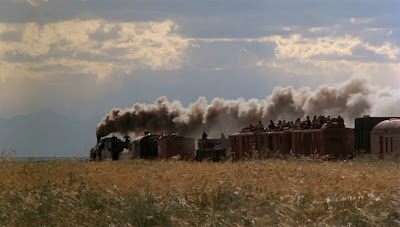 And... perfectly timed to celebrate Akira Kurosawa's 100th birthday on the 23rd (and, coincidentally, my 26th), Sanjuro and Yojimbo will debut on Blu-ray, available either together in a cheaper set or separately. And, perhaps best of all (depending on who you ask), Terrence Malick's Days of Heaven will get the Blu-ray treatment on the same date. If June was Criterion's exemplary month in 2009, March is certainly it for 2010.
Posted by reassurance at 1:31 PM