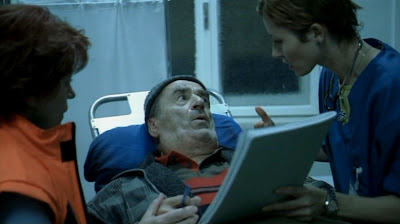 Like a hypochondriac’s nightmare as directed by Frederick Wiseman, The Death of Mr. Lăzărescu gruelingly takes its audience through the hellish, final night on earth for Dante Lăzărescu (Ion Fiscuteanu), a lonely alcoholic in his early 60s. Feeling pains in his stomach, he phones an ambulance, which begins a series of hospital misadventures, each of them sending him away due to their overcapacity. By his side the whole time is the poor EMT Mioara (Luminiţa Gheorghiu, a brilliant character actress who also co-starred in 4 Months, 3 Weeks and 2 Days and Code Unknown). Part Dante’s Inferno, part Dardenne brothers, part E.R., The Death of Mr. Lăzărescu strangely morphs into the most excruciating comedy of the past decade, though director Cristi Puiu insists that wasn’t his intention. Based partially on an actual case of a dying man who was eventually left on the street by the paramedics after being turned away from several hospitals, the film mainly stemmed from the director’s own bout of hypochondria and anxiety. The Death of Mr. Lăzărescu was the film that began Romania’s surge into the international film world’s consciousness (leading to, among others, 4 Months, 3 Weeks and 2 Days, 12:08 East of Bucharest, Police, Adjective and California Dreamin’, to name a few) and remains the most striking of its national peers. 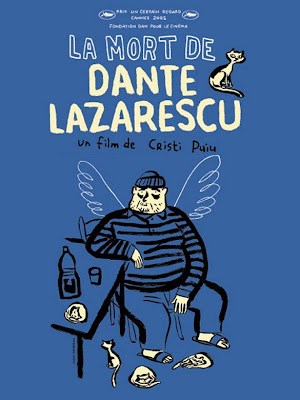 It's now Christmas eve here in London. So I want to wish you a very Happy Christmas and New Year. Your blog must take an amazing amount of work, but just too let you know I for one really appreciate it.I look forward to your blog in 2010.

Thanks a lot. I really do appreciate it.