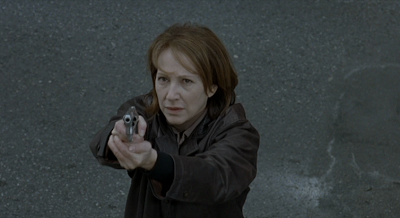 I used to remember hearing people warn others that having sex while on specific illegal drugs (ecstasy and crystal meth, I imagine) is such an amazing experience that it’ll taint the sex you have when not under the influence. I don’t know how true that is, but it’s precisely the feeling I have with regard to HBO’s The Wire. Not that the “crime drama” was ever my cup of tea, the show has forever soured the films I see that bear resemblance to possibly the finest television program… ever. Films like Gone Baby Gone (a crime yarn that was DOA. as a result of starring two actors from the show, Amy Ryan and Michael Kenneth Williams) and Gomorra are victims of that occasionally defied bias (The Class is still really good, even if it mirrors The Wire’s best season). Xavier Beauvois’ Le petit lieutenant falls somewhere in between (films I saw before The Wire are still susceptible). 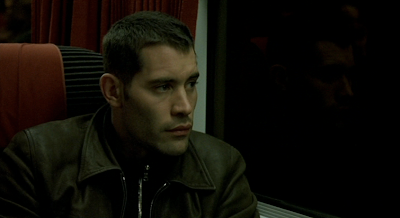 On one hand, it’s a police procedural flick. Caroline Vaudieu (Nathalie Baye) returns to the police force after taking time off by taking a desk job once her alcoholism spiraled out of control. Antoine Derouère (Jalil Lespert) is the rookie officer Caroline takes under her wing. Starting off with the usual mundane police work, the murder of a Polish immigrant (Arthur Smykiewicz) inspires the sort of police work Antoine anticipated, the Hollywood sort. Beauvois’ emphasis on realism, restraint and slow-burning narrative is what partially defines The Wire. However, where Le petit lieutenant strays from that association and possibly why it still works for me is in characterization. Unlike the makers of The Wire (this isn’t a complaint against the show, mind you), he is fully concerned with the private lives and character make-up of Caroline and Antoine, both fascinatingly rounded individuals skillfully acted by Baye, who won the César for her performance, and Lespert. It’s a small, commendable success in the face of one of my greatest obstacles. 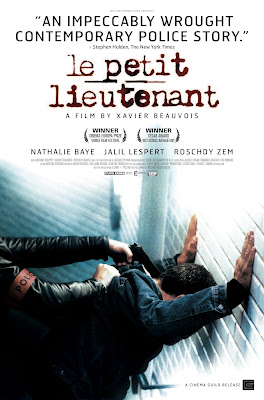