Few dumb-kids’-prank-goes-awry horror/thrillers are quite as gloriously entertaining and well-crafted as John Dahl’s Joy Ride, a film unfortunately lumped together in most people’s minds alongside far inferior genre trifles. Perhaps it has to do with lousy box office numbers and a once-“something” cast that has fallen into returning to franchises they swore they’d left behind them or, worse, Uwe Boll flicks. Joy Ride is a rare Hollywood thriller that never tries to be anything other than a solid B-movie and actually succeeds at what it’s supposed to be accomplishing. If you pay attention, it’s not hard to miss some of Dahl’s arty mise-en-scène, especially during the scene pictured above, and you’ll realize Joy Ride isn’t as dismissible of a film as might be first assumed. It’s maybe a notch below Dahl’s The Last Seduction, and for a movie starring Paul Walker and Leelee Sobieski, that’s quite the compliment. 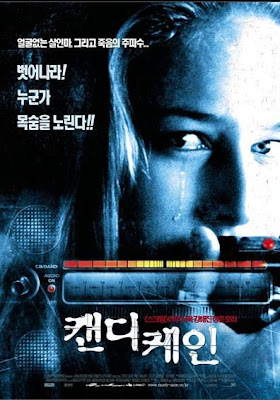 Many thanks for the exciting blog posting! I really enjoyed reading it, you are a brilliant writer. I actually added your blog to my favorites and will look forward for more updates. Great Job, Keep it up.. :)hcg