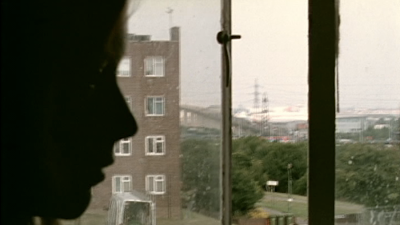 [I’m going to try to highlight some of the excellent shorts of the ‘00s today and tomorrow, but they hardly represent the best of the world of short subject filmmaking, as nearly all the examples I have are from filmmakers better known for the features. This is a reworking of a piece I wrote on Andrea Arnold’s Wasp for a Short Film Blog-a-thon two years ago. You can find Wasp on either Tartan’s DVD release of Red Road or on Warp Films’ release of Cinema16’s European Short Films.] 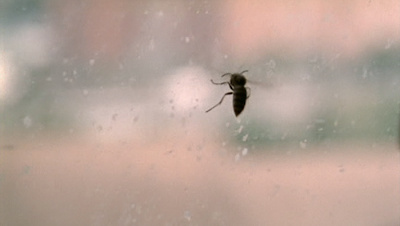 It’s a rare path for a filmmaker to have won an Academy Award, for a short film no less, before embarking on a successful career of feature-length films, but Andrea Arnold, whose near-brilliant Red Road and absolutely incredible Fish Tank, can make such a claim. Like nearly all the sectors of the Academy, the short film committee doesn’t always get it right (that musical about competing falafel joints West Bank sucks hard), but they did in 2005, giving the prize to Wasp, a perfectly succinct twenty-six-minute-long look at a young single mother of four named Zoë (the excellent Natalie Press, who also starred in Arnold’s Red Road, as well as Pawel Pawlikowski's My Summer of Love) and her failed attempts to balance a party-girl social life and the expected role of caregiver to her young children. 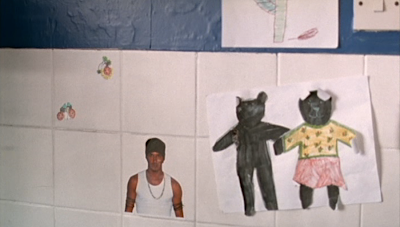 On one level, Wasp functions as a look into the world of celebrity obsession and projection. America doesn’t, and probably never will, understand David and Victoria Beckham, the über celebrity couple of Great Britain, who, unlike Brad Pitt and Angelina Jolie, have a quality about them that’s almost strictly English. For Zoë, the Beckhams represent the ideal. In an embarrassing scene, one of her daughters tells a woman how she says she’s as pretty as Victoria, resulting in scoffs from the woman and Zoë telling her daughters to not tell anyone that again. In many ways, there’s Victoria Beckham is an impossibility, the paradigm of the young, attractive mother. And yet, the actual struggles Zoë suffers in being a mother aren’t the ones anyone would ever imagine Mrs. Beckham has ever had to endure. 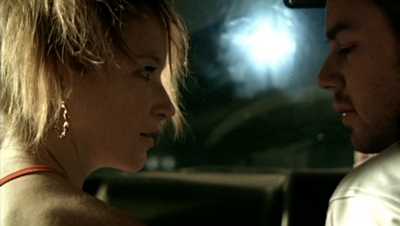 This celebrity projection is a sad endeavor, for Zoë can barely even feed her children. When Zoë runs into Dave (Danny Dyer), a former crush showing his first bit of interest in her, one of the girls remarks, “He looks just like David Beckham!” This, naturally, elicits a knowing smirk from Zoë, in a way opening herself up to the possibility of coming to a closer realization of her idolization. Of course, this will only happen if she can get someone to watch her kids for their evening date at the pub. The Beckhams operate similarly in Wasp as ABBA does in Muriel’s Wedding. For Muriel (Toni Collette), ABBA is the escape of her own harsh personal reality; the infectious pop of the Swedish supergroup stands as her archetype of eternal bliss and happiness. For Zoë, the Beckhams represent the same thing, the false pinnacle of desire: fashionable motherhood, physical perfection and marital joy. The young girls share their mother’s obsession with celebrity and forced commercialism, asking their mother to play Robbie Williams at the pub while demanding she take them to Mack-donalds. 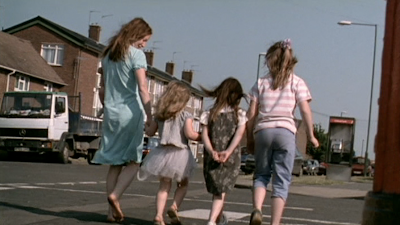 It would appear that Zoë is a pretty awful mother. She beats a woman up in front of her young girls, even if she’s doing so because the woman slapped one of her girls. When she can’t find a babysitter, Zoë plants her children outside the pub to fend for themselves. They’re starving, and she has no money to buy them anything more than crisps. However, this ultimately comes in question when the titular wasp threatens to crawl inside her baby’s mouth. The incident proves to be the wake-up call she needed, eclipsing her own personal desires for a man or, more accurately, to play the part of Victoria to Dave’s David. 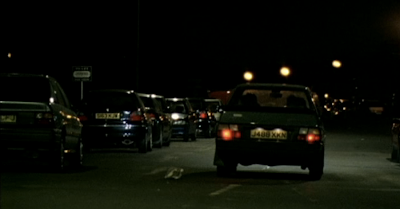 Despite a glimmer of a happy ending with Dave finally realizing that the young girls Zoë played off as belonging to her girlfriend are, in fact, hers. Instead of running away (which always looks like it might be a possibility), he gets the children fed and takes the family home. Despite coming to some actualization of what’s truly important in her life, this comes with a return to the consumerism of fast food, and on top of that, a merry car ride to horrible pop music. The last shot of Wasp shows the car driving off as one of the passengers carelessly throws their bag of fast food out the window. On one hand, Arnold says that some things will never change. On the other, steps have been made in the realization of Zoë’s daydream goal. Arnold knows Zoë will never be the Victoria she so longs to become… and, really, Zoë knows this underneath as well. Yet with said understanding, Zoe finds what she’s both looking for and not expecting to find. However, happiness doesn’t come with a clean slate.

While Americans may not understand the British obsession with the Beckhams, I doubt you realize the derision that Danny Dwyer is held in, he is regulary mocked on both television and radio. But now it appears he has got at least one good film under his belt. This is most disappointing!